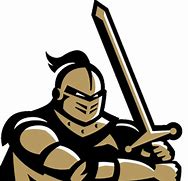 By now, I’m sure you have heard that the NCAA college football Bowl Championship Series (BCS) will feature three unbeaten teams (Alabama, Clemson, and Notre Dame) and a one-loss University of Oklahoma Sooners squad.

Three of the four unbeaten teams made it into the BCS playoffs.

For the second straight year, though, the undefeated team from the University of Central Florida has been left out of the Final Four of college football.

Going back to last season, the 12-0 Knights have rolled-off an incredible 25 wins in a row.  The streak now includes two straight American Athletic Conference championships and a Chick-Fil-A Peach Bowl victory last season over a 10-3 SEC West Division champion from Auburn.

However, all three of those college football teams were selected to play in the BCS Championship, and each team won a national title during their winning streaks.

Snubbed for the second straight year, UCF will take their 25 game victory streak to play another SEC West juggernaut in 9-3 LSU in the Fiesta Bowl on New Year’s Day.

It seems like the BCS brass are saying, “Here’s a nice payday and a good bowl opponent for you, UCF.  Now, please just take the money and go away!”

This isn’t to bash the Big 12 champs from Oklahoma.  The Boomer Sooners dispatched the only team to beat them this season, the Texas Longhorns, in the conference championship game on Saturday.

Only four teams can make the BCS elite group.  Bama and Clemson are the unbeaten champions of the SEC and ACC, respectively.

Notre Dame (an independent in football) also beat all comers this season to earn their shot, too.  The Fighting Irish will now get their chance.

Only one unbeaten team was left out of the mix again this season.  That’s right.  UCF.

For the record, below is the list of conference champions who will not be competing for the 2018 BCS Championship:

Sure, Ohio State has a gripe (although they did lose to a 6-6 Purdue team earlier in the year), and Georgia fans are still trying to figure out why their coach called a fake punt late in the game to hand the momentum and the victory to Alabama Saturday.

All of the college football conference champions above were left out of the BCS mix.

Only one of them, though, was unbeaten as the regular season ends.  Again.

Below is the SwampSwami.com College Football Top 25 for the week ending December 1, 2018: