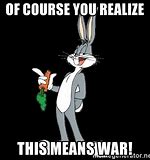 Once Saturday night’s epic seven overtime college football thriller between Texas A&M and LSU ended, the Aggies 74-72 victory over the Tigers may have bigger implications down the road.

The Aggies, who joined the Southeastern Conference in 2012, lost their long-term rivalry with the University of Texas (Aggie fans still refer to them as “Texas University”).  Most Longhorn fans that I have met were glad to end the series, but the Aggies still dislike the Horns so much that the school’s primary fight song “The Aggie War Hymn” remains intact.

The school also maintains a strong military tradition.  Established in 1876, the Texas A&M Corps of Cadets still commissions more ROTC officers (Army, Navy, and Air Force) than any other institution in the United States.

Aggie fans wouldn’t have it any other way.

The SEC has unsuccessfully tried to pair-up A&M with South Carolina every football season, but the match just didn’t fit well for the Aggies or Gamecocks.

Texas A&M is a large school with large ambitions. They want to play and beat the best.

Aggie fans have longed for their next-door neighbor in Louisiana to become their newest rival to “hate”.

I have attended football games at both Texas A&M and LSU, so I understand the traditions of both schools fairly well.

The problem for AggieLand is that LSU has always (long before Nick Saban arrived) considered the University of Alabama to be their primary football rivalry.  After that, it’s probably Auburn or, during better times, Ole Miss in the pecking order of LSU’s primary rivals.

The Tigers respected their neighbors to the west, but Louisiana fans had not considered the Aggies worthy of becoming a true football rival.

LSU has dominated Texas A&M in football ever since the Aggies joined the SEC.  Prior to last week, the Aggies had not beaten LSU in football after becoming a member of the SEC.

Yes, Texas A&M finally won a game over LSU on Saturday night in College Station.  It took seven overtimes and several quite fortunate breaks to give the Aggies the win.

Tiger Nation is still hot about the officiating decisions late in the fourth quarter and in overtime that all seemed to go against the Tigers.

“In 35 years of coaching I have never used officiating as an excuse. There were some bad calls. They missed some calls. Four times the game should have been won for LSU. Those calls should have went in our favor. They didn’t. There’s nothing I can do about that. I felt bad about it. Our guys fought. We should have won the game.”

After the incredible seven-overtime game finally ended, a dust-up happened along the sidelines which apparently involved some inappropriate behavior by the nephew of Texas A&M coach, Jimbo Fisher.  He was vigorously rebuffed by one or more LSU assistants.

Between the iffy officiating and the post-game sidelines altercations, the Aggies may be getting their wish for an SEC rival.  LSU fans have taken notice and are starting to develop the early stages of a Longhorn-like dislike of Texas A&M.

A reminder to AggieLand.  LSU has a proud military tradition as well.

Going back to the 1800’s, LSU and its hallowed grounds have been known as the “Ole War Skule“.

The mascot for the Aggies is Reveille the collie.  She should be concerned as usually docile Mike the Tiger has been awakened some pesky Aggies.

After the first salvos were fired from College Station Saturday, overtures coming out of Baton Rouge signal that a sports version of a declaration of war may be percolating.

For now, though, it’s all talk.

Here’s how I will know a Texas A&M/LSU rivalry has become legit.

Once the words to the “Aggie War Hymn” are changed to mention LSU, then the Aggies may get their wish for an annual rivalry with the Bayou Bengals.