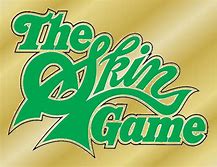 As the golf world prepares for Thanksgiving weekend’s $20 pay-per-view event between Phil Mickelson and Tiger Woods, I wondered whatever happened to another made-for-television golf event called “The Skins Game”.

For twenty-five years between 1983 and 2008, the PGA (and, sometimes, LPGA) tour would feature four of the game’s most prominent players in an 18-hole challenge match.  Each hole had a certain prize money value with the largest amounts coming during the final few holes.

To win a hole, one golfer had to make the lowest score.  In the event of a tie, the prize money would be added to the next hole, etc. until one golfer won the “skin”.

The early years featured one or more of golf’s legendary players like Arnold Palmer, Jack Nicklaus, Gary Player, and Lee Trevino competing against “young guns” such as Tom Watson, Curtis Strange, Fuzzy Zoeller, and Payne Stewart (to name a few).  Even Annika Sorenstam of the LPGA made an appearance in “The Skins Game”.

Fred Couples, though, became known as “Mr. Skins” as he won the event five times and more than $3.5 million in prize money.

The success of the show was the chemistry between the golfers.  You could expect one or more players needling the others (Lee Trevino and Fuzzy Zoeller come to mind) to help inject a little humor to loosen-up the more serious players such as Nicklaus, Strange, and, later, even Tiger Woods.

The exposure helped to humanize professional golfers as the players would wear microphones so viewers could keep up with the banter.  For golf fans, it usually made for a fun afternoon during the Thanksgiving-to-Christmas season when golf traditionally has faded from the sports landscape.

One source said that the series ended after losing a title sponsor prior to the 2009 event.

One writer theorized that the lack of star-power hurts the game as golfers had become even more serious, too stiff, and that the beloved legends of the game were too old to make for a competitive entry.

The annual event was also played on new venue (mostly in California) every year, so there was no continuity with both the players and the course/venue from year to year, too.

That’s too bad, because professional golf could use a shot of excitement to help boost the game and help change the perception (though still mostly correct) that most professional golfers are overly-serious mechanical cyborgs devoid of a personality.

For every talented but “vanilla” golfer such as Brooks Koepka or Dustin Johnson, there are affable golfers such as Matt Kuchar or Brandt Snedeker to help loosen things up during a competition like “The Skins Game.”

Since the PGA Tour’s leading names all make plenty of money these days, maybe each player’s winnings in my “new” Skins Game event could be donated to each golfer’s favorite charity or charities with a guaranteed minimum dollar amount going to the participant’s charities to help take some of the golf pressure off.

Maybe then we might see more fun happening between the players in addition to some great golf being played.

It’s still hard to believe that “The Skins Game” has been gone from television for the past ten years.

Next weekend, golf fans will be asked to ante-up their own $20 personal skin if they want to watch Tiger and Phil play a match against each other.