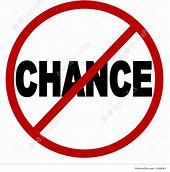 On Saturday night in Baton Rouge, the LSU Tigers will take on the #1 team in the nation, the Alabama Crimson Tide.

According to this sports report today, Tiger fans would be wise to sell their valuable tickets to the game to Bama fans, take their profits, and watch the slaughter on television at home instead.

Hey, Coach Orgeron!  Based on the unlimited knowledge of these so-called sports experts, your LSU football team has NO chance to win this game.

Zero.  Nada.  You might as well go ahead and forfeit.

On Thursday night, I enjoyed a terrific college football game between the unbeaten University of Central Florida and a very talented Temple Owls team.  UCF prevailed by a final score of 52-40.

UCF’s offense is nearly as much fun to watch as the upstart Boise State teams from several years ago.  The defense has some work to do, but this team’s up-tempo and prolific offense runs and passes the ball downfield like a basketball team on a fast break.

UCF has now won 21 consecutive games going back two years.  In 2017, they defeated Auburn in their bowl game.  That was the same Auburn team which beat both BCS finalists (Alabama and Georgia).

I have some bad news for you, Knights.  The sports media has now proclaimed that your team has the same chances of getting into the BCS Final Four as LSU does of winning against Bama this weekend.

Almost zero.  Actually, ESPN generously showed UCF having a 0.1% chance of getting into the BCS final group this season.

That’s also what I heard on ESPN from former Auburn head coach, Gene Chizik, during the game’s final minutes.  While he and the other sports analysts have a right to their opinion, it can be unwise to speak with such certainty with so many games left to be played over 2018’s final month.

Coming into this weekend, there are only four unbeaten teams left out of the 130 upper division football programs as Alabama, Clemson, and Notre Dame join UCF without a loss.  I’ve been around long enough to know that you can expect a lot of surprise outcomes over the remaining month of the season.

Prior to last night’s win over a 5-3 Temple team, ESPN said that UCF’s so-called “strength of schedule” was listed as 127th out of 130 teams.  Ouch.

After the win, the Knights have zoomed up to 87th place.  With games against Cincinnati, South Florida, and, perhaps, the University of Houston in the conference championship game, UCF’s strength of schedule is on the way up.

Speaking of schedules, did you know that Alabama’s strength of schedule coming into this weekend is only 27th?   The LSU Tigers’ schedule is ranked #2 with wins over several ranked teams already this season.

So, if Alabama hasn’t been challenged for an entire game this season, and LSU has played a hard schedule and is playing at home supported by 102,000 of the nation’s most passionate fans, why wouldn’t LSU have a chance to win on Saturday night?

Of course, they do.

But, the sports media said that most of Alabama’s players are superior and will end-up in the NFL!  While the Tide has a large contingent of players in the NFL, LSU has nearly the same number of former players as Bama does in today’s NFL.  Maybe that talent at LSU is pretty good after all, eh?

I realize that the odds of LSU beating a very talented Alabama team on Saturday night are against them.  So, too, are the probabilities for an undefeated UCF team making it into the BCS Final Four once the season ends.

For now, though, let’s just play the games and enjoy the final month!

Your SwampSwami predicts a 100% chance that we will see plenty of surprise results prior to the end of this college football season.

1 thought on “LSU and UCF – The sports media says you have NO chance!”