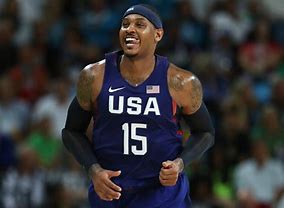 According to media reports, Carmelo Anthony will bring his talents to Humidity City soon to become a member of the Houston Rockets.

After a failed experiment in Oklahoma City last season with two other established NBA stars on the same starting five, why would (or should) anyone believe it will be any different this season in Houston with James Harden and Chris Paul on the floor with him?

The Houston Rockets came tantalizingly close to winning the NBA championship this past season.  Though the Golden State Warriors earned their hard-fought 4-3 series victory over Houston, the Rockets lost Game 7 at home without Chris Paul on the floor due to an injury.  As expected, Golden State went on to stomp Cleveland again and take the title.

Last month, the Phoenix Suns made a $15 million “offer you can’t refuse” to Houston’s defensive stalwart forward and all-purpose team player, Trevor Ariza.  Ariza’s offensive game was often shaky, but he was the player usually assigned to guard the best player on the opponent’s side as well.  He worked hard every game and was a quiet contributor on a squad with two future Hall-of-Famers on it.

So, the Rockets just lost their defensive ace and are replacing him with a guy who embraces the word “defense” about as much as most of us embrace the word “dentist”?

Here are a few interesting things I’ve learned about Carmelo Anthony while researching this article.

For Houston to be successful with Carmelo Anthony, it boils down to one single person.  Chris Paul.  These two guys are close friends off the court.

And, like Carmelo Anthony, CP3 has yet to make it to an NBA Finals in his lengthy career.  Chris Paul’s leadership skills on the court may be just the glue to keep Carmelo Anthony from scapegoating another coach or organization for his own personal lack of accountability in his disappointing NBA career up to this point.

Or will Carmelo Anthony find a way to blame Chris Paul, James Harden, Mike D’Antoni, and others for a lack of success on the court this season?

At this point, I believe CP3 will be a positive and calming influence on an aging Carmelo Anthony on the court.  With gifted assist artists like Chris Paul and James Harden handling the basketball, Carmelo Anthony should get ample shooting opportunities from the wings and give the Rockets an offense to be feared.

For the Rockets to finally get to NBA’s Promised Land by taking down the Golden State Warriors in the West, Carmelo Anthony must learn to put his sizable ego and defensive liabilities aside for the benefit of the team and play whatever role he is asked – especially during the playoffs.

He has done that before while a member of the US Olympic teams.  In his last appearance in the 2016 Olympics, Carmelo came off the bench as the team’s sixth man and became the first US Olympic men’s basketball player to win three gold medals.

So, will it be “Olympics Carmelo” or “Same old NBA Carmelo” this season in Houston?  If the Houston Rockets want to claim the NBA’s version of the gold medal this season, Dr. CP3 needs to perform a miracle heart transformation on his old pal soon.