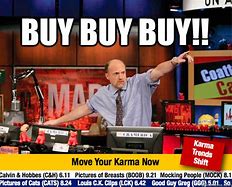 And down the stretch they come!  It’s trade deadline time.  You know, that point in the major league baseball season where, sadly for most teams, hope no longer springs eternal.  Until next spring, of course.

However, if your team is one of the fortunate few clubs with an unlimited checkbook and a need to give fickle fans the appearance that they’re doing everything they can to win the World Series, you go shopping to add one or two key players who will help bring your team and its fans a coveted championship.

On the other hand, if your team is one of the vast majority of 30 major league franchises who hardly ever make the playoffs, you may be saying good-bye to one or more of your favorite players.

Welcome to baseball’s annual “Going out of business – for this season” sale!

The “We don’t have a chance” franchises will deal away a costly asset or two to save a few bucks to shave costs.  That’s because thousands of empty ballpark seats will be replacing the fans that made their annual pilgrimage to watch a ballgame or two during the summer vacation season.   With the kids back in school around Labor Day, those same teams will trot-out their minor league sensations to give the few fans attending the games a peek at what the future might, perhaps, hold.

Alas, in the New York Mets’ case, fan favorite Tim Tebow’s season-ending hand injury has foiled their grand plans to sell tickets to throngs of Tebow supporters and create a media frenzy by promoting him up from their AA club soon.  But there’s always next year.  The media covering the Mets, whose name is synonymous with losing, will no doubt make Tebow’s return the “sizzle” for next season.

As P.T. Barnum may have once said, “There’s a sucker born every minute”.

But, in the big scheme of things, only one team will emerge victorious and earn a World Series ring at the end of this season.

In the case of the defending champion Houston Astros, the halo effect in America’s Energy Capital has brought sellout crowds to Minute Maid Park, loads of merchandise sales, and happy faces all around the city.  But with that success comes the pressure to do it again.  So, the division leading Astros felt compelled to make a deal to obtain a catcher from the last place Angels and a relief pitcher from struggling and thrifty Minnesota this week prior to MLB’s trade deadline.

For the Astros, they will give hope to their fans that the ‘Stros will fight to the end to defend their title.

For the fans in Anaheim and Minneapolis, they will receive minor league prospects that will, just maybe, develop into major league stars soon and put their teams back into the playoffs again.

Meanwhile, fans of the majority of other major league baseball franchises will throw in the proverbial towel again soon and begin to look forward to the start of football season.

Come next spring, most baseball fans will be willing to forget the whole thing and ready to start all over again.

P.T. Barnum should have become a major league baseball owner.