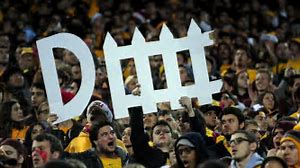 It has been nearly a week after the 2nd seed in the AFC playoffs, the Pittsburgh Steelers, convincingly lost a 45-42 home playoff game to the Jacksonville Jaguars.  On Sunday, Steeler fans will keep their Terrible Towels in storage while Jacksonville plays for the AFC title at New England.

The Steelers’ formerly vaunted “Steel Curtain” defense was shredded for 45 points by an average offense led by an average quarterback (Blake Bortles) who tossed 3 touchdowns for every 2 interceptions he threw in 2017.   This same Jacksonville offense also torched the Steelers for 30 points earlier this season in a 30-9 shellacking in the Steel City.

What in the world has happened to the Steelers’ defense?  Statistically speaking, not much is wrong.  Seriously!  The NFL’s statistics show the Steelers as the seventh stingiest defense out of 32 teams by allowing just 19.2 points per outing this season.

So what caused the defensive meltdowns in the two games against Jacksonville?

First, Jacksonville’s running game featuring rookie-of-the-year candidate from LSU, Leonard Fournette, likes to grind out the yards and dominate the time of the possession.  As a result, Pittsburgh decided to pass the ball more than average in order to get back into the game.  However, that strategy didn’t work out very well in either match-up.

In the first of the two games against J-ville, Pittsburgh quarterback Ben Roethlisberger attempted a whopping 55 passes (including throwing a career high five  interceptions with two of them returned for touchdowns).  In the playoff game, Roth threw an incredible 58 passes, but he also lost a fumble which was returned for an early touchdown by the Jaguars.

Clearly, Jacksonville’s strategy was to keep the ball away from Pittsburgh’s running attack led by All-Pro La’Veon Bell.  Bell ran for just 47 yards in the first game and only 69 in the playoff game.  Mission accomplished.

But what happened to the Pittsburgh defense?  Though the loss of All-Pro linebacker, Ryan Shazier, to a horrible spinal injury in week 13 was certainly significant, Shazier was on the field during the October 8 loss to Jacksonville.  Last week’s playoff loss featured two lengthy drives of 66 and 75 yards given up by the Pittsburgh defense as the Jags raced to an early 21-0 lead.

After this week’s loss, Pittsburgh fired their offensive coordinator, Todd Haley.  That seemed like a head-scratching move for a team with the #4 offense in the NFL, but sources said that Haley and quarterback Ben Roethlisberger were at odds with each other for years.

Late this week, a report surfaced that running back La’Veon Bell did not participate for most of the Steelers’ final day practice session prior to last Sunday’s home playoff game.  The report added that Bell and other players and coaches have failed to arrive at the stadium by Head Coach Mike Tomlin’s appointed arrival deadline (two hours before kickoff) for some games.

While we’re piling on Bell, he has also told the Steelers that he may not play in 2018 if they make him the team’s “franchise” player again (earning Bell about $14 million next season).  Has Bell mistaken the Terrible Towel for his personal crying towel?

Coach Tomlin is under fire, too.  I have previously compared Tomlin as being the NFL’s version of former LSU head coach, Les Miles.  His teams are always good, but the teams rarely seem to tap their players’ potential while they often lack in game-time preparation and sufficient team discipline when the chips are down.

It would be tough for the Steelers to fire a coach whose nearly 70% winning percentage exceeds that of his predecessor, Bill Cowher.   The Steelers have only had three head coaches in nearly 50 years (Chuck Noll, Bill Cowher, and Mike Tomlin), so firing Tomlin seems unlikely, at least right now.

The New England Patriots may not have as many star players as Pittsburgh, but it’s a solid bet that their head coach wouldn’t tolerate one or more of their players or coaches skipping a Saturday walk-through prior to any football game (including preseason).  That’s another reason why New England continues to compete for and win Super Bowls, while their black-and-gold rivals are again sitting at home this weekend amid a firestorm of issues.

It appears to your SwampSwami that the biggest D problem in Pittsburgh remains Discipline.