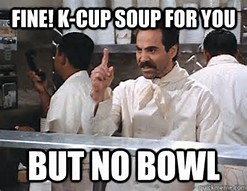 After staying up (far too late) to watch Texas Tech rally to beat the University of Texas on Friday night, these two college football teams finished their records with an identical record of 6-6.  Whoop-t-doo, right?

Well, there’s good news for fans of the Red Raiders and Longhorns, because, according to the geniuses of the NCAA and their partner in advertising sales, ESPN, your football teams will now become part of the chattel market called the “Bowl Season”.

College football’s bowl games used to be a reward for teams finishing with a winning record and their fans who wanted to see an extra game played in a warm-weather city between Christmas and New Year’s Day.   Happy fans would flock to locations in California, Arizona, Florida or other Gulf Coast states for a final chance to see their teams play a quality opponent from a different conference.  As the 1990’s ended, there were 20 post-season college football bowl games.

Then things began to change.  Beginning in the year 2000, a whopping 19 new bowls have been created and sanctioned by the NCAA for post-season play.

My, how things have changed since media giant ESPN and the NCAA have collaborated to ignore common sense to put holiday cash into their respective wallets.

The college bowl season is all about math now.  If you check out the list (count ’em), 39 bowl games will be played this year before the BCS National Championship game.  That means that 78 teams will be needed to fill those slots.  And, you guessed it, Disney’s ESPN and ABC will televise all but five of those games.

But wait?  There are only 130 teams participating in the NCAA’s upper division, right?  That means that 60% of this year’s college football teams will be placed into a bowl game.  And, unfortunately, that means that teams with a losing record will be “rewarded” by being sent to one of these games to fill-out the TV slate.

And those dreams of your favorite team playing a quality opponent in a warm climate ball game between Christmas and New Year’s Day?  Forget about it!  Your team could be sent to beautiful Boise, Idaho for the “Famous Potatoes” Bowl Game on December 22 (where the average December high is 38 degrees and the payout for your university is a paltry $325,000 per team) or the Raycom Media Magnolia Bowl in Montgomery, Alabama, where a payout of $200,000 per team awaits your school.

Who makes money, you ask?

The losers?  Most colleges who send teams to participate in a non-BCS level game.  Simply put, the majority of these schools will lose money by playing in these newest bowl games.

Let’s take the example of New Mexico State University.  A recent Yahoo! Sports report said that this Sunbelt Conference school may reject a bowl bid (which would be their first bowl game since 1960) due to unfavorable economics should the Aggies finish with a 6-6 record by winning their final two games.  The university recently trimmed $12 million from its overall budget with $1 million coming out of the athletics budget.  They simply can’t afford to be “rewarded” by absorbing a financial hit courtesy of the NCAA and ESPN’s collaborative efforts to hijack the bowl season.

Unless the bowl is regionally close to the school, then New Mexico State may tell the NCAA and their list of Tidy Bowls to “flush it”.

I, for one, will commend them.  If you’re 6-6, you shouldn’t be playing in a bowl game anyway.