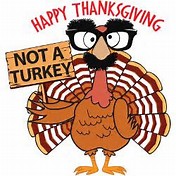 Happy Thanksgiving to one and all!  While all of the media attention is focused on finding the top four college football teams to play in this season’s BCS, the other end of the spectrum goes relatively unnoticed.  While four college football teams still remain unbeaten heading into Thanksgiving (Alabama, Wisconsin, Miami (Fl), and the University of Central Florida), have you thought about which teams bring up the bottom of the 130 squads participating in the NCAA’s top division?  You know, the teams which CANNOT WAIT for this season to finally end.

Your hard-working SwampSwami has identified our finalists for this competition.  As of this writing, there were seven major college football teams with only one win in 2017 and just one school whose football team is still searching for its first victory.

Determining the best of the worst was not an easy task.  I am taking into consideration such things as current losing streaks, the team’s overall defensive and offensive ineptness, and identifying that lone unlucky team that seven of these eight schools found a way to conquer at some point this season.

This year’s Final 8 include:

8.  Georgia Southern – 1-9.  The Eagles ruined their hopes for a perfect season by demolishing South Alabama 52-0 last weekend.  What’s up with that?  It took Ga. Southern their first four games just to score a total of 52 points this season!

7.  Baylor – 1-9.  daBears have rock-chalk-Jayhawked just one college football team this season for their lone victory.  WhoDat, you might ask???

6.  Kansas – 1-10.  While the KU basketball fans may chant “De-fense…De-fense!” at Phog Allen Fieldhouse, the Jayhawk footballers somehow misplaced that message this season.  Kansas has given up 30 or more points in all 10 of their impressive losses!

5.  Charlotte – 1-10.  The 49ers from Conference USA were just one single point away from a perfect season when they had the misfortune to upset UAB 25-24 in Week 8.  Since then, though, Charlotte’s new web of losses has grown to three.

And now, without further ado, here are my Bottom Four.  The TBCS (Tidy Bowl Championship Series) includes the following representatives:

4.  Oregon State – 1-10.  Benny-the-Beaver still hasn’t cut his teeth in 2017 with a win over a traditional D-1 school.  The lone OSU victory in 2017 came in a tantalizingly close 35-32 win over those powerful Vikings of Portland State (which is 0-11 this season competing in a lower football division).

3.  Rice – 1-10.  The Owls flew to Australia to play their first game (losing to Stanford 62-7).  Maybe next time, they’ll pay for a jet (insert rimshot here!).   Since then, the formerly mighty Rice Owls football team has lost its way in 2017 with their lone victory coming against a team still seeking its first win (don’t make me ruin the suspense by naming them here!).  Riding a 9-game losing streak, Rice is cooked for this season.

2.  San Jose State – 1-11.  The Spartans have been quite impressive in 2017.  After claiming a homecoming victory over Cal Poly (who??) in week 2, San Jose has rolled off 10 consecutive losses to finish its season.  Even more impressive, Sparty’s “You can’t see me” defense has allowed 40 or more points in nine games including five games where they have given up 50 or more points!  Holy defense, Batman!  Who could be worse that that, you ask???

1.  University of Texas at El-Intercepted Paso (UTEP, for the rest of you) – 0-11.  Yes, this season’s worst team (and our third squad from Conference USA) even lost to #3 (and fellow C-USA member) Rice by a score of 31-14.  El Paso’s defense has yielded an impressive average of 37.5 points per game.  UTEP’s offense, though, is the nation’s lowest scoring team with a paltry 12.18 points per game.  These Miners have majored in losing in 2017.  They even lost their coach (Sean Kugler) on October 1.  Since then, UTEP has rolled-up six more losses to keep their unblemished record intact and prove this year’s debacle really wasn’t all the coach’s fault!

Note to Conference USA.  With three of the bottom five teams, even the Sunbelt Conference is laughing at you!

Best of luck to the above teams for next season.  Let’s hope I get to research and write about eight new teams at this time next year.  Happy Thanksgiving!