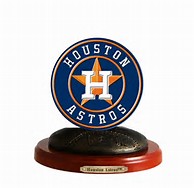 At long last, the city of Houston has won its first world championship in major league baseball after the Astros defeated the Los Angeles Dodgers 5-1 in Game 7 of the 2017 World Series Wednesday night in LA.  This series, which offered some simply riveting moments as the two teams set a record for most home runs in a World Series (25), featured two evenly matched and hungry franchises with equally rabid fans.  It was a terrific baseball series to watch.

Wednesday’s Game 7 was undeniably Houston’s night as the visiting Astros grabbed a 2-0 lead in the top of the first inning and never looked back.  After stretching the lead to 5-0 on World Series MVP George Springer’s fourth home run in four games, the Astros came up with a series of clutch defensive plays and outstanding relief pitching (for a change), while the hometown Dodgers stranded so many runners on base (10) Wednesday night that the blue-clad Dodger faithful left the ballpark wondering what had gone wrong.

A much anticipated parade will take place in downtown Houston on Friday with local schools closing to allow legions of young fans to partake in the Astros’ victory celebration.  For a city whose last championship party was the 1995 Houston Rockets of the NBA, this 22-year wait will be savored by a city whose citizens were inundated by nearly three feet of water just a few months ago courtesy of Hurricane Harvey.

As recently as four years ago, the Houston Astros were the laughing stock of major league baseball after losing 111 games in 2013.  By smartly drafting and developing key players (center fielder Springer, former LSU third baseman Alex Bregman, and shortstop Carlos Correa), adding solid pitching (Justin Verlander, Dallas Keuchel), and letting a few hungry hold-overs stick around (American League MVP second baseman, Jose Altuve, and outfielder Marwin Gonzalez), the Astros seemed to have the right combination of youthful exuberance and single-mindedness of purpose.  The city of Houston has fallen in love with this bunch of hard working cardiac kids who earned their championship trophy.

Meanwhile, the NFL franchise in Houston continues to alienate its local fans by joining the NFL’s knee-fest last Sunday as all but 10 of the Houston Texans took a knee during last week’s playing of the national anthem in Seattle (along with several of the Seahawks’ more seasoned kneelers).  Several of the Texans players took offense to an admittedly awkward comment by owner Bob McNair last week after he reportedly said, “We can’t have the inmates running the prison”.

Speaking of knees, the Texans’ sensational rookie quarterback from Clemson, Deshaun Watson, apparently tore an anterior cruciate ligament during Thursday’s practice and may be out for the season.  As soon as the news hit Houston, the local talk radio shows were abuzz about the possibility of picking-up the undisputed toxic King of Kneeling, Colin Kaepernick, as a free agent quarterback to replace Watson.

On Friday, though, the 2017 World Series Champion Houston Astros take a well-deserved bow before hundreds of thousands of adoring fans.  Meanwhile, across town, the NFL’s Houston Texans may notice that they have rapidly fallen from grace in Houston faster than a Justin Verlander fastball.