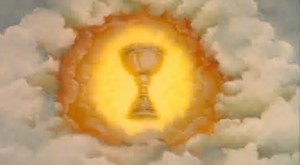 Tonight, the Golden State Warriors could become the first team in modern NBA history to rampage through all four rounds of the playoffs with a perfect record of 16-0.  The 2000-2001 Los Angeles Lakers squad featuring LSU’s Shaquille O’Neal and Kobe Bryant ran through the competition to set the current playoff record (prior to Game 4 tonight) at 16-1.

If Golden State wins in Cleveland to finish this series, the only thing surprising to me is the fact that their regular season record and team statistics went under the radar coming into the playoffs.

Quick test – In general, when you look objectively at the NBA, which conference is tougher – the East or the West?  Of course, it’s the West!  It has been that way for several years, right?

During this year’s 82-game NBA regular season, Golden State finished #1 in +/- (on average, how badly did you beat the other team?) at +11.6 points/game.  The next three teams all came from the Western Conference.  The runner-up was San Antonio at +7.2, then #3 Houston at +5.8, and #4 Los Angeles Clippers at 4.3.  The first Eastern Conference team in this category was Toronto, which finished #5 at +4.2.  The Cleveland Cavaliers finished #7 at +3.2.  By this measure, the Warriors should be an 8.4 points/game favorite over Cleveland (on average) at the tip-off of every game.

Courtesy of NBA.com, let’s take a look at how dominant Golden State had been during the past regular season:

Steals – Warriors won the NBA’s version of the kleptomania award with 9.6 steals/game contrasted to Cleveland’s last place finish at 6.6 steals/game.

In summary, the best team from the regular season with the best shooting statistics, whose players unselfishly passed the ball to teammates for better shots, and whose players led the league in hustle with the most steals and blocked shots on defense could go undefeated in the NBA playoffs.

All things considered, that really doesn’t feel like a surprise to me.  If this team finishes the playoffs tonight with a historic 16-0 NBA playoff record, let’s simply raise a toast and say “Congratulations!” to this year’s “Golden Slate” Warriors!  They earned it.