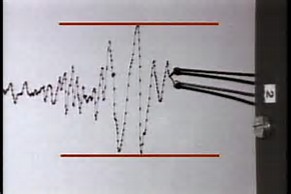 Bet you didn’t know that there were a couple of 3.4-magnitude earthquakes in Oklahoma on Wednesday.   Oklahoma, not generally known for earthquakes, has been getting pummeled by countless tremors over the past several years.

On the same day, a different type of shockwaves hit the Sooner state as Norman, Oklahoma reported a booming 8.5 magnitude retirement announcement from the University of Oklahoma’s college football coaching legend, Bob Stoops.

OU’s highly-successful football coach announced his retirement less than three months before the start of this year’s college football season.

Stoops has been Oklahoma’s head football coach for 18 years.  He led the Sooners to the national championship in 2000 and guided two other squads into FBS championship playoff appearances.  OU has amassed 10 league championships and posted a stellar 190-48 record during Stoops’ tenure in Norman.

A CBS Sports report indicated that the 56-year old Stoops may have been concerned about his health or, perhaps, mindful that his father passed away at age 54 from heart problems.  Whatever his reason for retiring, Bob Stoops has done a remarkable job at the University of Oklahoma and will certainly be missed by Sooner Nation and most college football fans.

The retirement announcement was uniquely timed, though.  With less than three months prior to the start of the 2017 NCAA college football season, an immediate battlefield promotion has elevated Stoops’ young offensive coordinator, Lincoln Riley, into the head coaching slot at the age of 33.  Since OU cannot find a big-name coach in the middle of the summer, Stoops’ entire staff will keep their job, at least for this season.

Also, Stoops’ enviable coaching record will certainly lead to phone calls from other schools trying to lure him back into coaching (see also – Urban Meyer).  Nearly every season, one or more high-profile coaching positions becomes available as the pressure to win increases with time.

For example, a report surfaced last week from the Southeastern Conference spring meetings in Destin, Florida that the Texas A&M athletic director is putting pressure on Aggies’  head coach, Kevin Sumlin, to win more games this season (A&M went a disappointing 8-5 in 2016).

It can be difficult for a relatively-young and successful football coach such as Bob Stoops to step away from the game for more than one season.  If he remains healthy and regains his coaching mojo, don’t be surprised if we start to hear the name “Bob Stoops” later this winter as part of another series of football shockwaves.