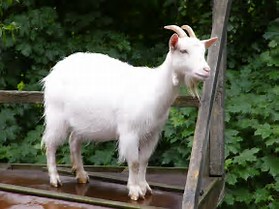 While in Boston this spring, my wife and I saw several people proudly sporting a New England Patriots #12 football jersey with the word “GOAT” written across the back of it where a player’s name usually appears..  My wife asked, “Who is GOAT”?   Being the polite sports-guy husband that I am, I explained that #12 is Tom Brady’s number, and many football fans are saying he is the Greatest Of All Time.  GOAT, get it?  Wink, wink!

Fast forward to the beginning of the NBA Finals and another vigorous GOAT discussion is now underway on various sports radio and television outlets.  Is LeBron James basketball’s GOAT?  Wait a minute, how can someone be the greatest player ever if that person is still playing the sport?  How is this measured – by MVP awards or championship rings or what?

For example, the 2017 NBA Most Valuable Player awards will be doled-out soon after the seemingly-never-ending NBA playoffs conclude (to squeeze a few more bucks from a willing cadre of advertisers).  If those who say LeBron James is the GOAT, then why are James Harden (Houston), Russell Westbrook (OKC), and Kawhi Leonard (San Antonio) the finalists for this year’s MVP?  Where is LeBron James?

On the flip side, LeBron James has already won four NBA MVP awards during his stellar hoops career.  Not bad!  The career MVP record is shared by Michael Jordan (Chicago Bulls) and Kareem-Abdul Jabbar (Milwaukee Bucks/Los Angeles Lakers) with six each.

What about championship rings?  No one is catching Bill Russell of the Boston Celtics anytime soon as Captain Russ has “one for the toe” by amassing 11 championships over just 13 NBA seasons.  For bonus points, did you know that Bill Russell averaged 24.9 rebounds per game over his entire career?  Wow!

Here’s a line-up of players with the most MVP’s along with the number of NBA championship rings they won during their career:

If your list is led by championship rings, you would need to add numerous Boston Celtics players with 7, 8, or 10 during their incredible championship seasons beginning in the late 1950’s and through the 1960’s.  But you would eventually want to discuss players like Tim Duncan (2 MVP and 5 rings) and Kobe Bryant (1 MVP with 5 rings) along with Shaquille O’Neal (1 MVP with 4 championships).

Suffice it to say that LeBron James has a chance to add to both his MVP and championship ring totals for another few years.

Personally, I prefer to relish the great play during each different era and simply savor those memories.  It makes for terrific discussions when trying to compare players from different eras, doesn’t it?

As for these fruitless GOAT discussions, it’s too baaaah-d that never-ending media-driven drivel detracts from simply enjoying these players’ abilities while they are still able to participate on the big stage!