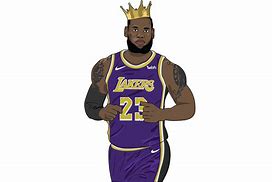 The National Basketball Association is in deep trouble.

I’m not buying the excuse train being offered by the sports apologizers, either.   The NBA can run, but they cannot hide the league’s diminishing fan interest during this pandemic-related extended season.

The television ratings for the NBA Finals have just established historic lows.   Television viewership was down nearly 50% from last year’s weak ratings.

The self-proclaimed King himself, LeBron James, was presiding court yet again – this time for the newly crowned NBA Champion Los Angeles Lakers.

If he remains the league’s top-drawing star, the NBA is in big trouble.

As a reminder, the NBA Finals would normally be playing in June (a problem in itself due to the league’s lengthy season).  Despite having no fans on hand to cheer for the home teams this October, the NBA’s quite expensive Bubble Court has done a decent enough job of giving television viewers the sounds of a home court game (without the courtside cursing, thankfully).

Despite the NBA’s changes in playing dates due to 2020’s COVID issues, the positive side means that millions more sports-starved basketball viewers have been at home and could have watched the recent NBA playoffs.

From my perspective, the potential television audience in 2020 should have been larger than ever.

Recently heard excuses have included, “It’s a very important political election season!”  No argument here, but there wasn’t an NBA Finals game scheduled on the same days as either of the debates held thus far.  From what I remember, television sports ratings haven’t crashed during previous presidential campaigns of 2016, 2012, and others in recent memory.

The NBA’s target audience is definitely unlikely to be watching Fox News’ Tucker Carlson, either.  Carlson may be grabbing a whopping 4.5 million viewers per night, but it’s likely that less than 1% of them would have been likely to change the channel if they had been aware that LeBron James’ Los Angeles Lakers were playing the Miami Heat in the NBA Finals.

Let’s not forget that October is the conclusion of baseball season, too!   Alas, the television ratings thus far for Major League Baseball’s COVID season have also been swirling in the proverbial toilet.  So, the NBA isn’t losing many (if any) fans to baseball games on television.

Others are opining that the NBA doesn’t stand a chance during football season.  That would have some merit on Sunday or Monday nights.  However, the basketball league’s weekday games aren’t competing against college or NFL football games, are they?

The quality of play on the court is certainly representative of the 2020 version of the NBA.  That’s another part of the NBA’s problem, too.

The 2020 version of the NBA often times reminds me more of watching the Harlem Globetrotters playing against the New Jersey Generals.  Players like LeBron James are permitted to, quite literally, drive to the basket and plow over an opponent without a foul being whistled.  Other times, the same 6’9” 260 pound freight train will feign being fouled when a defender barely lays a paw on him.  Usually, the referees will comply and award free throws for an obvious flop.

Referees in the National Basketball Association regularly violate the golden rule of officiating.  Be consistent.   The credibility of NBA referees continues to be suspect as refs seems to swallow the whistle during the final minutes of games as the league’s star players (see also – LeBron James or James Harden) are allowed to get away with obvious traveling violations or whistle a foul on an opposing player who barely touches the star player.

The NBA referees are a part of the show, and there is no doubt that they can swing a close game with certain calls (or non-calls).

Of course, the television ratings have been negatively affected by the NBA’s embrace of social justice issues, too.   The league painted statements onto “COVID Court” in Orlando.  The players wore jerseys which featured a variety of social statements on the back side of their uniform.  In the event that you were simply tuning in for a little entertainment, you were going to see two hours of action on the court and a never-ending exposure to the players’ left-leaning political slogans.

Do you think NBA ratings would have been affected if they played the games had been played on “MAGA” Court, and the players wore jerseys with right-leaning slogans such as “God Bless the USA” and “Unborn Lives Matter!”

Sure, that’s absurd, but you get the idea.

By shoving players’ political positions down the throats of television viewers, the NBA knowingly flipped the proverbial bird to a sizable percentage of long-time supporters.  The recent television ratings accurately depict the defection of so many fans, too.

Can the NBA lure those fans back anytime soon?  I doubt it.

Last week, NBA Commissioner Adam Silver said that this year’s embrace of social commentary on the court and on players’ jerseys will be dialed down next season (which may start in January, in case you still care).

“I would say, in terms of the messages you see on the court and our jerseys, this was an extraordinary moment in time when we began these discussions with the players and what we all lived through this summer,’’ said Silver. “My sense is there’ll be somewhat a return to normalcy — that those messages will largely be left to be delivered off the floor.’’

That’s a rather bold statement from the leader of a major sports league which has just offended a significant percentage of its long-time supporters by shoving political messaging down their throats every time they turned on the television to watch a basketball game recently.

Do you really think that Adam Silver is now willing to stand-up to the self-proclaimed “King” LeBron James and the other NBA players if America’s current President should win re-election?  Yeah, right.

According to recent reports, the NBA’s team owners lost a reported $1.5 billion this season.   That trend might continue or even grow next year if the league cannot play hoops in front of fan-filled arenas if the pandemic problems continue.  Home basketball games account for up to 40% of each team’s revenue.

The NBA was already seeing a decline in television viewership over the past few years as LeBron fatigue has become very real.  The NBA embraced LeBron James when he arrived in the league right out of high school in 2003 – a full 17 years ago.

There’s no doubt that LeBron James has been a terrific professional basketball player.  There’s also no doubt that the NBA’s fans are tired of his oversized ego – both on and off the court.

America’s professional basketball league was responsible for creating “The LeBron James Show”.   Though this television show may have been popular with viewers for several years, the declining ratings for this worn-out program and its overexposed star indicate a sport which is now in decline.

In this era of so-called “cancel culture”, the NBA has done a fine job of cancelling the value of their franchises, fan interest, and the value of future television rights this season.