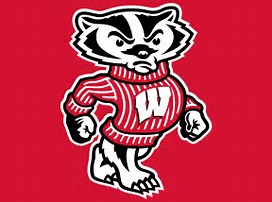 Out with the old, and in with the new!

After the fourth weekend of the college football season, the undefeated teams have dwindled from 35 down to 23 teams in the 130-team FBS large college division.

Along with the carnage, a big shake-up has changed the landscape of this week’s latest SwampSwami College Football Top 25 rankings.

With their first loss of the season last weekend:

Notre Dame dropped from #5 out of the rankings after absorbing a nasty bite from the Georgia Bulldogs, 23-17.

Washington State fell from #9 out of our Top 25 after allowing UCLA to score 50 points in the second half (you read that correctly) in losing their first game 67-63.  The Washington State quarterback threw for nine (count ‘em) touchdowns in the loss!

Michigan (who probably didn’t deserve a top 25 ranking last week) was squashed by unbeaten Wisconsin 35-14 and bids adieu this week.

Utah fell to a rejuvenated USC squad, 30-23 and disappeared from our rankings this week.

Wyoming’s Cowboys got thrown off their Top 25 horse by losing at 2-2 Tulsa on Saturday.

Arizona State was stampeded out of our rankings by the 3-1 Colorado Buffaloes, 34-31.

The Temple Owls appeared not to give a hoot Saturday as they were trampled by the 2-2 Buffalo Bulls, 38-22.

The lesson is clear to these teams.  Lose a game, and you are bounced from the SwampSwami Top 25 rankings!

With the losses, the door was opened for the remaining unbeaten teams enter the Elite 25 along with our first two one-loss teams.

The biggest surprise this week is the rise of Sunbelt Conference kingpin, Appalachian State.  The Mountaineers came home from the University of North Carolina (now 2-2) with a thrilling 34-31 win at Chapel Hill.  App State (3-0 on the season) jumps into our poll this week at #18!

We also welcome the 3-1 University of Texas (#24) and 3-1 USC (#25) into the rankings.  The Horns dusted previously unbeaten Oklahoma State 36-30 on Saturday, while the Trojans (playing with their third string quarterback due to injuries) handed Utah their first loss of the season, 30-23.

On the other end of the scale, there are now only five of the 130 FBS schools remaining without a win this season.

Something’s gotta give this weekend at Akron (0-4) will visit the UMass Minutemen (0-4).  The Zips are currently a 6 ½ point favorite on the road this weekend to pick-up their first victory.

Meanwhile, the Rice Owls (0-4) play host to 3-1 Louisiana Tech in Houston Saturday.  Louisiana Tech’s passing offense is ranked #28 nationally, so the Owls’ offense better crank it up to get win #1.

Enjoy the games this weekend.  See you next week!