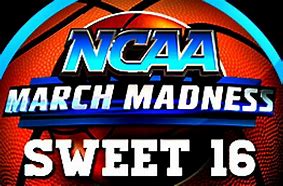 No offense to your brackets, but, for me, this year’s NCAA men’s basketball tournament has been a bit of a dud for those of us always pull for a few big surprises.

Sure, the Oregon Ducks have been on a massive roll through the Pac-12 tournament and the first two games of the NCAA tournament.

This year’s final 16 teams are pretty much the expected teams among the big boys of basketball.  There are some good stories, but the sports journalists will have to work a bit harder this year.

However, did you know that Sister Jean’s Loyola-Chicago Ramblers had won the National Championship back in 1963?

Did you also know that Loyola-Chicago has one more National Championship in their basketball trophy case than this year’s #1 seeds Virginia and Gonzaga, #2 seed Tennessee, #3 seeds LSU, Purdue, Texas Tech, and the University of Houston, #4 seeded Virginia Tech, and #5 Auburn?

So, despite the blue bloods like Kentucky (8 national titles), North Carolina (6), Duke (5), Michigan State (2), and others like Michigan and Oregon with one trophy each, there are ten other extremely hungry teams in the remaining field of 16 who still have the chance to win their first men’s basketball championship.

The good news about this weekend’s basketball schedule is that ANYONE left in this field could still win it all.

The two “worst” remaining teams (#12 seed Oregon and #5 seed Auburn) both won their conference tournaments to get into the field and are playing a frenetic style of basketball with full-court pressure, sharpshooting three-point bombs, and are scoring points at pinball wizard speed.

What about LSU, you ask?  Can you imagine the “holier-than-thou” national media screaming about a team which suspended its coach (Will Wade) who won’t even talk to his bosses about a reported wire-tapping of a possible payoff to the family of one of their current players?

LSU was already playing hard as they dedicated this season to honor one of their players (20-year old Wayde Sims) who was shot and killed in Baton Rouge back in September.  His father (Wayne Sims) had played on the LSU basketball team in the 1980’s for Coach Dale Brown.

This year’s Tigers’ team has nothing to lose at this point.  They have plenty of talent but need to play their best games now if they want to advance.

If the allegations about Coach Will Wade turn out to be true, LSU’s team should be be approaching each game as if it may be the last NCAA tournament game of their college careers.  The NCAA would likely place LSU on a lengthy suspension from post-season play if the worst is confirmed.

Gonzaga would be a great story, too!  Coach Mark Few has taken this small university in Spokane, Washington to national prominence in the past two decades.

The Zags have made the NCAA basketball tournament for 21 consecutive seasons!  They appeared in the national championship game two years ago but lost to North Carolina.

So, your statistical best chances to win it all remain with Duke and North Carolina in a potential finals match-up this year.

I feel hopeful that at least one or two “spoiler” teams will emerge from the pack by the end of this weekend to prevent the Final Four from becoming the second-ever match-up of four #1 seeds in history.

It isn’t called “March Madness” for nothing!