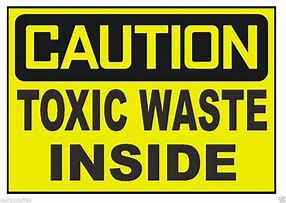 At all levels of the game of basketball, the championship teams are usually comprised of players who are fully committed to the team’s goals and enthusiastically give each game their very best efforts.

At each higher level of competition, it is increasingly rare that that a team dominated by the personality of one or two key basketball players will secure a team championship.

On both the East and West coasts, legendary NBA teams in Boston and Los Angeles are both currently floundering due to bad chemistry associated with the addition of toxic player personalities who may believe that that the team’s other players (and, perhaps, coach) should follow their lead in order to succeed.

The Boston Celtics finished second in the NBA Eastern Conference last season and made it to the Conference finals without having their “star” player (Kyrie Irving) available due to injury.

This season, the team was expected to contend for the top position in the East as Irving and former Utah Jazz leading scorer Gordon Hayward rejoined the team.  On paper, this year’s Celtics were loaded with talent.

With having healthy starters, the Boston Celtics have now lost seven of their last ten games and have dropped into fifth place in the NBA East.  As mentioned in previous articles on this site, the Celtics have won a higher percentage of games when Kyrie Irving is not on the floor for the team.

On the West Coast, the Los Angeles Lakers management figured the team would be a virtual lock to return to the NBA playoffs for the first time since 2013 by adding LeBron James to their squad this season.  Though James was injured for a few weeks last month, he is now back on the floor, but his Lakers (like the Boston Celtics) are a pitiful 3-7 in their last ten games coming down the final month of the NBA’s regular season.

The Lakers are floundering with a team record of 30-34 as of today and are mired in tenth place in the NBA Western Conference.  The team is currently 5 ½ games out of the eighth and final playoff spot in the West.

The Lakers’ playoff chances are fading fast and will require a miraculous finish.

By comparison, last year’s young Lakers (without LeBron James) finished in 11th place in the NBA Western Conference.  Adding one of the NBA’s legendary individual talents has not translated into a significant increase in wins this season for the Los Angeles Lakers.

As in politics, the media certainly doesn’t help the situation, either.  In Los Angeles and Boston, the media floated all sorts of rumors and a frenzy of hype relating to possible trade scenarios for each team as the Lakers and Celtics try to acquire the services of New Orleans Pelicans talented big man, Anthony Davis.

Rumors flew that the Lakers were willing to trade multiple current players at mid-season in a trade for Davis.  In Boston, the media lit the fires and let it be known that New Orleans prefers one or more of the Celtics young talented players if Boston hopes to make a deal to acquire Davis this summer.

It’s bad enough in LA and Boston to have a self-centered diva in your locker room.  The Anthony Davis trade talks, though, have likely had a more negative influence on the other players’ focus and motivation as players wonder who might be getting shipped to New Orleans in mere months.   (Note – Personally, I’d rather live in New Orleans anyway!)

Meanwhile, some NBA teams which do not feature a household name basketball star are doing just fine this season.

The Indiana Pacers are currently in third place in the NBA’s Eastern Conference.  The Pacers recently lost their best-known player, Victor Oladipo, a month ago due to injury, but his teammates have continued to rally and keep Indiana in the third playoff spot in the East.

Though losing a twenty points-per-game scorer is a big loss to the Pacers, having enough foresight and financial resources to stock your bench with able teammates and a talented leader in Coach Nate McMillian has made a big difference, too.

In the NBA Western Conference, the quiet irony in “The City of Angels” has been the resurgence of the currently star-less Los Angeles Clippers.  Under the guiding hand of “Special Consultant” 80-year old advisor, Jerry West, and veteran coach, Doc Rivers, the Clippers jettisoned three of their former “stars” (guard Chris Paul – to Houston, forward Blake Griffin – to Detroit, and center DeAndre Jordan – to Dallas) and have quickly rebuilt themselves into a hungry playoff contender without a big name player on the roster.

The Los Angeles Clippers beat the crosstown rival Lakers last night 113-105.  The team has won three games in a row and seven of their last ten.

The Clippers currently occupy the seventh playoff spot in the NBA Western Conference with 16 games left to play while LeBron’s Lakers are fading quickly out of the playoff picture.  The LA Clippers are playing well together as a team.

The moral of the story is that basketball was, is, and will remain a team sport.

Just by having one or two exceptional players on your roster doesn’t guarantee a thing.  Like Golden State Warriors have shown, star talent only makes a significant difference if the entire roster is dedicated to giving their all to win a team championship.

If the stars have a different personal agenda than the coach and the rest of the team, then the team’s chemistry sometimes bursts into flames regardless of how the glorious the personal statistics may have seemed on paper.

Team chemistry matters when it comes to winning team championships.