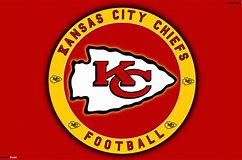 The Kansas City Chiefs and their fired-up fans are more than ready for the chance to host their first-ever AFC Championship game late Sunday afternoon against the visiting evil empire otherwise known as the New England Patriots.

Though New England will be appearing in its NFL record eighth straight AFC Championship game, much of America may be weary of the annual appearance of the Patriots in this event.

According to a totally unbiased (cough, cough) survey this week, the majority of fans in only seven of the fifty US states (New England strongholds Massachusetts, Maine, New Hampshire, Vermont, Connecticut, and Rhode Island plus Michigan) will have a majority of football fans pulling for the Patriots on Sunday against Kansas City.

The young Chiefs captured the home field advantage throughout this season’s AFC playoffs with a 12-4 record.   Last weekend, KC won its first home playoff game in 25 years with a resounding 31-13 thumping of the Indianapolis Colts.

This Sunday, Kansas City will play host to the AFC Championship game for the first time since the former American Football League team was merged into the NFL in 1970.

In his coaching era, Hank Stram was every bit as innovative and hard to predict as New England’s current coach, Bill Belichick.    He coached the team from its inception in 1960 (initially founded as the Dallas Texans before being relocated to Kansas City) through 1974.

In 2019, the Chiefs are led by another offensive innovator.  Head coach Andy Reid came to Kansas City in 2013 after a successful 13-year stint in Philadelphia.  His Eagles teams were perennial playoff squads and came up short in their lone Super Bowl appearance in 2004 (losing to, you guessed it, the New England Patriots).

Kansas City’s loyal and historically loud fans have waited a long time for this chance to come to Arrowhead Stadium.

The stadium boasts of being the loudest outdoor stadium in the world.  Kansas City fans have mastered the art of banging empty beer cans on the metal stadium seats to create a deafening noise for opposing teams.

Another odd factor in this game will be the rare appearance of a super blood wolf full moon (translated – a full lunar eclipse).  With the first full lunar eclipse of 2019 happens after this game concludes, I think viewers will be in store for high drama, suspense, and the possibility for more than the average number of goofy plays Sunday evening in Kansas City.

Speaking of wolves, did you know that Kansas City’s field mascot is named “KC Wolf”?   Who knows what he’ll have in store for this blood full moon Sunday!

Then, there’s the frigid weather and the field conditions.  After ten inches of snow fell just prior to last weekend’s game with Indy, the Chiefs’ grounds crew felt that Arrowhead Stadium’s natural sod needed to be replaced earlier this week.

With the temperature plunging well below freezing again for Sunday’s AFC Championship game, don’t be surprised if that newly sodded field in Kansas City becomes a sloppy track for the players.

Will a slower field hurt the speedy Chiefs’ chances against the wily veteran squad from New England?  Perhaps.  One thing you know for sure is that New England will come to town prepared for the newly sodded field.

This game may, quite literally, be decided by the last man standing.

Regardless, the AFC title game in Kansas City will be played with loud fans (some artificially and others not), a super blood wolf full moon, and with the possibility of an unusual “SodGate” storyline.

As Kansas City finally hosts their first AFC Championship, Sunday’s game at Arrowhead Stadium will be a memorable event!