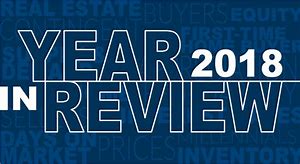 Is it really over now?

After 39 bowl games (OK – 38 this year because the First Responder Bowl in Dallas was cancelled early in the game due to persistent lightning), the Clemson Tigers have taken home the BCS Championship Monday night to end another season of college football.

Being the honest person that I am, it’s time to report how well the SwampSwami Top 130 (ranking all of the BCS schools) performed during the college bowl season.

The answer?   Not as well as I hoped.  With a bowl record of 22-16 (all picks were based on the team’s final regular season ranking of the whopping 78 bowl participants), I was hoping for better than a 58% winning percentage.

Though your faithful SwampSwami put a lot of stock in the University of Central Florida for the past two seasons, it’s important to note that UCF’s 25 game winning streak was a terrific story.  Though LSU and UCF both had key players missing in the Fiesta Bowl, I think it’s safe to say that UCF’s injured quarterback, Milton McKenzie, might have caused a few more problems for the Bayou Bengals.

Hang in there, UCF.  And a big “Good luck and get well soon” to Milton McKenzie recovering from your leg injuries!

It’s time to salute the Army Cadets on a fantastic season, too.  With a resounding thumping of the University of Houston in their bowl game, the Black Knights finished with a school record eleven wins this year.

To top it off, the Lombardi Foundation announced Tuesday that Army’s head football coach, Jeff Monken, has been named the winner of its 2018 Vince Lombardi College Football Coach of the Year Award.

The award is focused on leadership skills with recognition for, among other things: doing the most with the least, overcoming adversity, creating and/or maintaining a successful environment, and playing by the rules with integrity, honor, and respect.

Rising out of the swamp in Gainesville, the Florida Gators and new head football coach, Dan Mullen, improved from 4-7 in 2017 to 10-3 this season.  Move over, Georgia!  These Gators will be dangerous in the years to come.

The same positive vibes are coming out of Austin from Bevo and the Texas Longhorns.  Coach Tom Herman’s turnaround operation in Austin has lifted Texas into the national discussion for next season after the Horns whipped Georgia in the Sugar Bowl to finish the year at 10-4.

On the other side, the decline of the Pac-12 Conference has been incredible.  Former powers like USC (5-7), Colorado (5-7), and UCLA (3-9) have nearly faded from the national discussion.  Though Washington State’s 10-2 season mark was impressive, only two conference teams (Wazzoo and the University of Washington) finished this season ranked in the Associated Press Top 25.

I call ‘em as I see ‘em, and SwampSwami continues to shake his head at the unwavering and undeserved media love showered onto the Big Ten Conference.  Ohio State (#3), Michigan (#14), Penn State (#17), Northwestern (#21), and Iowa (#25) serve to prove my point.   Though the SEC had more teams (six) in the Top 25 (Alabama, LSU, Georgia, Florida, Kentucky, and Texas A&M), the BCS playoff snub of Ohio State (again) speaks to the weaker level of competition in the Big Ten.

Finally, 2018 brought us the story about Purdue’s determined cancer-stricken student football fan, Tyler Trent.  Tyler passed away on January 1st at the age of 20 to a form of bone cancer called osteosarcoma.  For those of us fortunate enough to have watched Purdue’s stunning upset of then-unbeaten Ohio State with Tyler Trent in attendance, this inspiring and happy young man served as a reminder to enjoy life every single day while you still can.

Congratulations to Clemson and the FCS (small college) champion, North Dakota State.  The Tigers and the Bison both finished 15-0 to take their respective national championships home.

Goodbye (for now), college football.  We’ll welcome you back in August!