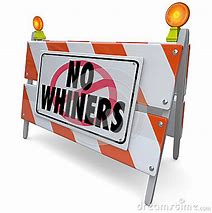 There have been several national news stories recently about a few professional athletes who are unhappy with their current team or situation in life.

The funniest one involved Buffalo Bills linebacker, Vontae Davis.  The ten-year veteran linebacker apparently realized that he didn’t want to play for the Bills anymore during the first half of a Week Two loss to the Chargers.  He took off his gear at halftime, put on his civilian clothes, and announced he was quitting the team – with one half of football to go!

Since his departure, the Bills went to Minnesota last weekend and surprised the Vikings 27-6 to get their first win of the season.

There’s nothing quite like having a guy quit at halftime to motivate the rest of the team to come together!

Then there’s the 2017 leading receiver for the Tennessee Titans.  Wide receiver Rishard Matthews (coming off an injury for a torn meniscus) has been unhappy about his playing time to start the 2018 season, so he told the team this week that he wanted out, too.  He has a $7.5 million per year contract, but, you know, he’s unhappy!

Matthews added, “Using my injury as the scapegoat. Look at number of snaps and targets.”

On Thursday, the team granted the former seventh round draft choice his wish and released him.

The Pittsburgh Steelers continue to struggle with the best way to handle their petulant all-star running back, Le’veon Bell. Bell didn’t suit-up for the preseason or, thus far, for the regular season for the Black and Gold.

Le’veon Bell has been unhappy for the past two seasons with the puny pay he receives from the Steelers (a measly $14.5 million for 2018).

Bell telegraphed his intention to cash in his chips and become the highest paid running back in the NFL.  Unfortunately for Bell, the Steelers had already coughed-up $68 million over four years to pay perennial all-star wide receiver, Antonio Brown along with about $20 million/year going to two-time Super Bowl champion quarterback, Ben Roethlisberger.

The Steelers’ made a reasonable offer to Bell this summer but, apparently, not good enough.

As of this writing, Le’veon Bell continues to sit out the 2018 season, while the Steelers try to make a deal with a team willing to take this talented hold-out.

The players’ whining and moaning isn’t all confined to football, either.

The NBA’s Minnesota Timberwolves have been told by a key basketball player, Jimmy Butler, that he wants out of Minnesota.  NOW!   Butler was traded from Chicago to Minneapolis last year.

Butler has told the team that, after one season with the club, he will not sign an extension next year and demands to be traded to the Los Angeles Clippers or the two New York teams (Knicks and Nets).

The owner is furious (“How dare you!”), the coach is curious (“What did I do this time?”), and the rest of us might be saying, “I know it’s cold in Minnesota, but can’t you be happy with $19 million per year?”

I hope he gets his wish and is sent to a basketball Hades like the Knicks or the Nets soon.  It’s obvious his current teammates mean nothing to him.

It’s hard to feel sorry highly compensated athletes like these.

The real losers, though, may be their next destinations.