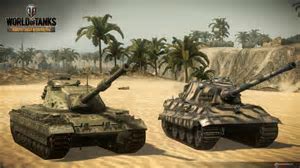 It’s finally here.  Time for game 16 as the NFL’s regular season ends on Sunday.  For twelve of the 32 teams, it marks the end of a successful campaign as the playoffs begin for those teams in January.  For the other twenty NFL franchises, Sunday’s final game will end a season of lost hopes for their fans, but, in most cases, the hopes of a relatively high draft pick in the first round next spring to hopefully improve next year’s squad.

In this final week of the regular season, I totally understand why teams already in the playoffs might want to rest or limit the playing time of key players.  For example, if the Kansas City Chiefs elect to sit quarterback Alex Smith for a meaningless road game against the Denver Broncos, it is because a win or a loss by Kansas City does nothing to change their seeding in the upcoming AFC playoffs.  I get it.

Here’s the part which I don’t understand.  I’ve read that the 8-7 Dallas Cowboys (already eliminated from the playoffs) are considering playing their back-ups in the season finale against the playoff-bound conference leader, Philadelphia.  By dropping their record to 8-8, some say that Dallas has a better chance to improve its draft choice position in next spring’s player selections.  Plus, it gives management a chance to see what some of the back-ups can do against a quality opponent.

Unless, that is, Philadelphia also plays its own back-up players in the game to avoid injuries to their key players entering the playoffs.  And, as stated above, it depends on the playoff implications for each team.  Philadelphia has already wrapped-up home field advantage in the NFC regardless of the outcome of Sunday’s game with the Cowboys.

So, who is the loser here?  The fans, of course!

Game 16 of the regular season is starting to look exactly like the equally-useless Game 4 of the preseason for a season-ticket holding NFL fan.

For preseason Game 4, though, you are out of luck.  You are forced to watch a game filled with back-ups so that the team’s coaches and management can determine who gets cut.  NFL preseason game 4 tickets essentially entitle you to pay full price to watch a glorified scrimmage game.

The same thing is happening across the NFL for Sunday’s final game 16 of the regular season.  Some non-playoff teams (like Dallas) may play their back-ups to purposefully lose the game and, theoretically, increase their draft position.

I ask myself this question.  Can anyone tell me who was selected with the 16th vs. the 18th pick in last year’s draft?  If you live in Cleveland, you get top draft picks every year, but your team is on the verge of going 1-31 for the past two seasons with all of those glorious draft picks.  For perennial winners such as New England, they somehow find a way to make the playoffs with a combination of great coaching and skilled players who fit their system.  They pick at the tail end of every draft, yet somehow keep winning.

One final thing.  Be glad that you are not a season ticket holder of the Indianapolis Colts (3-12). Tampa Bay Buccaneers (4-11), Denver Broncos (5-10), Atlanta Falcons (9-6), Minnesota Vikings (12-3) or New England Patriots (12-3).  These are the six NFL cities where season ticket holders were “treated” to both a useless preseason game 4 and what may be an equally futile game 16 of the regular season.   For Indy, Tampa, and Denver, they will get one of those coveted “high draft choices”.  For Atlanta, Minnesota, and New England, their fans can at least smile knowing that life will continue into the playoffs.

For other teams, strategic “tanking” theories abound entering the NFL’s final week of the regular season.  With temperatures around the US in the deep freeze in many cities this weekend, dwindling stadium attendance by increasingly disgruntled fans along with sagging television ratings from disinterested viewers at home may keep some NFL owners’ 2017 profits in the deep freeze as well.

To the NFL’s week 16 Grinches, “Tanks for nothing!”