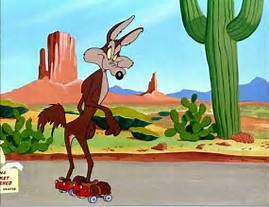 A friend of mine is a serious triathlon competitor.  He trains religiously nearly every day.  Running, swimming, and cycling.  The other day, he asked, “Why hasn’t SwampSwami done any articles about the Tour de France”?  I pondered the question over the weekend and, much to my surprise, have just read about how many crashes had taken place thus far in this year’s annual bicycling event in France.

So, I admit that I just don’t “get” competitive cycling.  For me, it would seem that the philosophy would be to get onto your bicycle and ride as fast as you can to get as far ahead of everyone else as you can to win as easily as you can.  Best rider wins!

Not so fast, SwampSwami!  We’re talking about big money (for cyclists, that is) in the Tour de France with the winner pocketing over $500,000 this year.  And, according to my friend and confirmed via a cycling publication, the really big money comes from the corporate sponsorships.  Some of these riders are now earning upwards of $1 million/year.

The history of the Tour de France goes back to 1903 when a Paris magazine wanted to drum-up additional readership and came-up with a three week cycling event (21 days or stages) covering 2,175 miles across much of France.  Initially, sixty individual riders took the challenge for a relatively small amount of prize money but had free food and lodging along the way.  In 2017, there are now 22 “teams” with 198 riders competing.

Apparently, it appears to be very important in today’s cycling to surround yourself with a “team” to help make it easier for the best rider to win.  These other guys (no slouches themselves) can provide cover for the stud rider to allow him to “draft” behind the others and save precious energy for the daily finish.  In football, this would be the equivalent of having some offensive linemen to help “block” for the running back (primary cyclist).  But, the way this year’s Tour de France has been going, the guys running interference are looking more like a bunch of hockey “goons”.

On Sunday, yet another of the pre-race favorites crashed while climbing a dangerous 15,000 foot mountain road with little room for error.  Earlier last week, two other race favorites were eliminated after a crash.  One rider suffered a broken shoulder, while the other rider was disqualified after appearing to intentionally throwing his elbow out to cause the other cyclist to crash.  Less than one week into this three-week event, 11 of the riders are now gone due to injuries sustained in crashes.

All of the cyclists are obviously in terrific condition and ride with the most expensive gear (not to mention their dashing duds!).  But there seems to be a growing sinister element to the sport where a well-timed crash can take out a highly-ranked competitor, too.

For a novice observer like me, the type of racing takes on a bit of a cartoon quality with several well-planted Wile E. Coyote-types trying (and generally failing) to stop the elite Road Runner(s).  Given this year’s propensity for crashes and injuries, though, I’m hopeful that no one goes over the proverbial cliff.