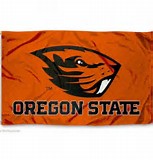 A titanic match-up was expected Monday night in the College World Series in Omaha.  The LSU Tigers, sporting a 17-game winning streak, were playing the #1 seed in the College World Series, the Oregon State Beavers.  OSU toted a massive 22-game winning streak of their own into the encounter and had not lost a game in two months.  This game had all the trappings of a great college baseball game.  As it turned out, it mostly beaver trappings on display.

Oregon State took advantage of a record-tying 12 walks from LSU’s pitching carousel and routed the Tigers by a 13-1 final score.  LSU trotted eight different pitchers to the mound on Monday night as the Bayou Bengals’ kryptonite (a lack of quality bullpen pitching depth) was exposed and on full display.

How bad was LSU’s pitching performance?  In the post-game understatement of his coaching career, Tigers’ coach, Paul Manieri, said, “I’ve seen a lot of ballgames in my life…but when you walk a lot of batters, you greatly reduce your chances of winning”.  No kidding.

How good was Oregon State’s overall performance?  First, Oregon State improved its record to an incredible 56-4 with the victory.  According to the ESPN broadcast crew last night, the Beavers could lose the next two games and still own the best overall college baseball season winning percentage in NCAA history.  This also marked Oregon State’s second 23-game winning streak – both of which have occurred this season!

Oregon State’s pitching statistics are equally impressive.  The team’s earned run average is now at a microscopic 1.84 runs/game.  With aluminum bats still in use in college baseball and high scoring games the norm, the Beavers’ pitching performance has been one for the record books, too.

For LSU, the players’ faces told the story as the game progressed.  The SEC champs haven’t been pummeled like that all season with the closest being an 8-1 loss in March at Florida (who is also in the College World Series’ other bracket).  LSU, now 49-18, will again face Florida State in the proverbial “Loser-leave-town” elimination game on Wednesday night.  Oregon State will rest until Friday afternoon and face either LSU or Florida State in the finals for this bracket.

Oregon State would have to lose two games in a row to be eliminated this weekend.  Unless Oregon State’s team gets sick or spends too much time celebrating the LSU victory, they appear a lock for the College World Series finals beginning Monday.  These Beavers are that dam good!