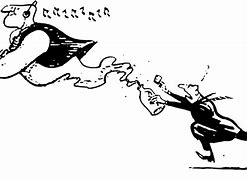 Most of us remember the classic TV show from the 1960’s named “I Dream of Jeannie” where the bottle containing a lovely blonde genie (Barbara Eden) is found by astronaut Tony Nelson (Larry Hagman).   For five years, the television series portrayed their new relationship is cute, cozy and fun.

Last Thursday on July 1, a different kind of genie was let out of the bottle as college student-athletes are now permitted to start to make money from their name, image, and likeness (NIL).

Until last week, college athletes had to accept that receiving up to a full academic scholarship complete with room, board and athletic gear was all that they were permitted to legally receive from the university.   In some of the elite private universities, that educational package is now worth $75,000 per year or more.  For state universities, it is still worth up to $35,000 per year for the student-athlete in return for participating in the school’s athletic programs.

Did you know that the NCAA actually did approve many cases (prior to July 1, 2021) where the student-athlete made a request to be able to promote something (such as a personal clothing line or if the student wrote a book for sale to the public)?  The NCAA’s own website stated that, since 2015, over 200 waivers had been requested by student-athletes to promote their own business or product and 98% of those waivers were approved.  The remuneration was restricted to a reasonable amount based on the estimated value of the product(s) – not based on the perceived value of the endorsing athlete.

The NCAA’s previous rules prohibited the student-athletes from promoting commercial products and services while enrolled at the university.

You see, there are many unscrupulous people with connections to college sports programs and who have an abundance of money who would just love to “help” heavily recruited athletes – as long as they would come to play for their favorite university.  The NCAA has been chasing these overzealous athletics boosters for years.  Sadly, the NCAA’s inability to capture the bad guys makes the Keystone Cops look good.

Nevertheless, college athletes across the nation have taken their fight to earn money off their personal name, image, and likeness to the courts and won.  Student-athletes may now sign endorsement deals for their autographs, personal appearances, product endorsements, and social media posts.

These new “NIL” rules are being implemented like wildfire by state governments around the country. God forbid, no state wants their football or other athletic teams to be at a competitive disadvantage for very long!  Louisiana’s Governor John Bel Edwards just signed the Bayou State’s bill on the same day (July 1) as the national rule took effect.

You have to wonder how long it will take for high school kids to try to jump on this perceived financial gravy train.

The Louisiana High School Athletic Association rules do not allow student-athletes to profit under Louisiana’s newly signed rule.  Bylaw 1.25 of the LHSAA handbook states that “no student shall, at any time, receive any salary or financial compensation, except actual expenses”.

It won’t take long for attorneys to jump aboard and try to get this issue into the high school level soon.

Let’s pause and consider how much money can a college athlete actually earn from these NIL-type of endorsements and marketing arrangements?

LSU’s Olivia Dunne doesn’t play football, basketball, or softball.  Gymnast Olivia Dunne is a social media giant with over 1.1 million followers on Instagram and another 3.9 million on Tik-Tok.   With five million persuadable people waiting for her next social media post, Olivia Dunne may become the highest earning college student-athlete in the nation soon.  Her endorsements may top $1 million annually due to the incredible following which she brings to potential advertisers as the Pied Piper of her social media followers.

Good for her.  Gymnasts have an incredibly short career and do not compete professionally (for now) once their college days are over.

So far, many college athletes have signed deals with regional food chains, the video game industry, and other companies trying to reach young people in a similar age group.   How do college athletes (many of whom seem to have trouble finding their classrooms) find companies to make marketing deals with?

There’s the first red flag which goes up for naysayers on this NIL ruling.  The NCAA allows students to utilize an agent to market their name, image, and likeness.  It also prohibits student-athletes from signing with agents (who will be actively trying to market the athlete to a future professional sports team) while the athlete is participating in his/her sport and enrolled in school.

Here’s a theoretical example.  Savvy sports agent Maxwell Smart is signed by State U. freshman quarterback T.D. Flinger to help him identify and evaluate possible NIL endorsement deals.  Over the next few years, T.D. Flinger scores $50,000 annually in those endorsements and becomes a Heisman Trophy finalist.  When it’s time to sign a professional sports contract, who do you think the quarterback will most likely utilize?  Indeed.

Want more trouble?  Extend that friendly agent/player relationship down to the high school level, and you’ll have college teams pre-packaging endorsement deals just to get ol’ T.D. Flinger to come to their school in the first place.

Will these new endorsement deals help to drive players to stay in larger metropolitan areas rather than go to schools like the University of Alabama or Clemson?   For example, will the University of Houston or Rice University (located in the Houston metro area with six million people) have a better chance to keep local recruits now with more lucrative endorsement deals available via this large market’s expanded set of advertisers?  Will Los Angeles schools like USC and UCLA benefit in the same manner on the west coast?

Let’s think about other possible problems coming for these athletes.  If you thought point shaving scandals in football and basketball were a problem in years gone by, what if key football (quarterbacks) or basketball (point guards) players were signed to personal endorsement deals by a shady agent.  It wouldn’t take much to remind our college QB T.D. Flinger that one of his sponsors noticed that the Las Vegas over/under point total for his upcoming game against archrival Beaverpelt Tech is now at 49 points.  Winning the game but keeping the total score less than 49 points would really make that sponsor very happy.

See what I mean?

Don’t forget that our friends at the IRS will be watching carefully, too.  Even for college student-athletes at the lowest tax brackets, the IRS will be expecting to receive their percentage of any NIL deals, too.  We would hate to see our college quarterback T.D. Flinger being tackled by IRS agents heading into halftime for failure to pay taxes on a few years’ worth of endorsements.

Though you may hear many in the sports media proclaiming that getting college athletes a piece of the financial pie is the greatest thing in decades, remember that letting the genie out of the bottle can bring any number of unexpected problems, too.

College sports as we knew it (like so many other things) is now changing at warp speed.

I can’t see how these changes will improve the on-field quality of any college sport.  We will soon find out how this new infusion of money into the pockets of some student-athletes will change them, their relationships with less glamorous teammates, and how they are perceived in the future by college sports fans in general.

The cork is officially off the bottle, and it’s going to be really hard to get that genie to go back into that bottle!