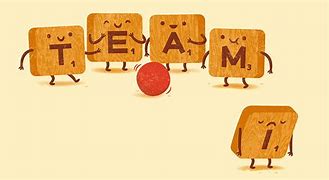 Watching those two teams compete late this week without their respective top scorers has been a joy.  When the “star” player isn’t available, the remainder of an NBA team’s players must pick up the slack and perform at a high level.

When you watch so-called “star” players in the NBA, it can often look as if the other four players on the team never even played in college or high school.

After watching years of Houston Rockets games, I used to joke with friends that the team would almost always lose when in the last three minutes when James Harden would morph into “Dancin’ Harden”!  When the chips were down, the Rockets players would, quite literally, stand around and watch as James Harden would get the ball, dribble, fake back and forth, and loft-up a long shot or go to the rim and feign being fouled.

As a basketball fan, it was comical and cringe-worthy to watch this play out night after night.  Sometimes, James Harden would hit a few hero shots and win the game.  Most other times, the other four players (whose job was to literally get out of Harden’s way) might as well have taken a seat on the sidelines.

James Harden took his dancing act to Brooklyn in early 2021 and had to share the dance floor with two other ball-hogging divas – Kevin Durant and Kyrie Irving.  Their team, the Brooklyn Nets, was eliminated in the NBA playoffs in the second round by Atlanta.

If you are a fan of Los Angeles, Cleveland, or Miami, you have watched LeBron James do the same thing as James Harden did in Houston.  In Boston, it has now become the Jason Tatum show.  Portland fans know that Damian Lillard, a quite talented guard, does the same thing.   In Dallas, there is no doubt that it’s the Luka Doncic show with just minutes to go!

Unfortunately for those teams, they are now gone from the playoffs.

The four teams which advanced to the NBA Eastern and Western Conference finals were the Atlanta Hawks and Milwaukee Bucks (still playing) along with the Phoenix Suns and Los Angeles Clippers (eliminated earlier this week).

Let’s see how the remaining NBA teams have fared in the “star” player department.

Of the NBA’s top scorers in the regular season, Giannis of Milwaukee came in at #5, Devin Booker of Phoenix ranked #14, Trae Young of Atlanta was #15, and the Clippers’ Kawhi Leonard finished the year #18 in scoring.  Though their respective teams can count on their top scorers, the other four guys and the bench players must be doing a better job than the supporting cast of players on those other 26 NBA teams who were at home watching the games on TV this week.

Regardless of what the NBA and the media might lead you to believe, a championship basketball team still needs five starting players and a solid bench in order to win.

In Arizona, Devin Booker is one of the league’s best young players.  However, the Phoenix Suns are going to play for the NBA championship next week because other players did their job better this year.  The addition of 36-year old point guard Chris Paul took pressure off Booker this season while young center Deandre Ayton has benefited from additional easy buckets after receiving assists from his new teammate.

In Atlanta, Trae Young had been heaving-up long three point field goal attempts for the prior two years as the Hawks still struggled.  Though he scored nearly 30 points per game in 2020, the Hawks failed to make the playoffs.  This year, the Hawks have benefited from the addition of former Houston Rockets center, Clint Capela, former Sacramento Kings shooter Bojan Bogdanovich, ex-OKC Thunder Danilo Gallinari, and, in March, veteran guard Lou Williams was obtained from the L.A. Clippers.   All of these newly added players have given the Hawks a boost throughout this year’s playoffs.

The Hawks even upgraded their head coach on March 1 when Lloyd Pierce was jettisoned and replaced by the well-respected and under-appreciated Nate McMillian.  McMillian-coached teams in Indiana made the playoffs in every one of his four years as coach of Pacers.  After the team had already announced a contract extension, McMillian was fired anyway after an embarrassing 4-game sweep out of the 2020 playoffs.  The Atlanta Hawks have, quite literally, soared by winning 71% of their games since Nate McMillian was made coach of this team.

The Milwaukee Bucks have been the “close, but not yet” front-runners in the NBA’s Eastern Conference for several years.  Though the Bucks always finish high in the regular season, they have disappointed in the playoffs and failed to advance to the NBA Finals.  In fact, Milwaukee fans haven’t seen their team play in the NBA Finals since 1974 when a guy named league MVP Kareem Abdul-Jabbar patrolled the green paint for the Bucks.

This year, Milwaukee didn’t tinker very much with its line-up from 2020 but added a key player, Jrue Holiday, from the New Orleans Pelicans.  Holiday added nearly 16 points per game and made the NBA’s All-Defensive team.  Jrue Holiday is also the reigning NBA “Teammate of the Year” in 2020.   This relatively new award established in 2013 recognizes the pro basketball league’s ideal teammate exemplifying “selfless play and commitment and dedication to his team”.

The moral of the story is that basketball was, is, and will remain a team sport.  Just by having one or two exceptional players on your roster doesn’t guarantee a thing in the post-season.  Remember that most  NBA players were once considered stars in high school and college.

I enjoy it more when the so-called stars aren’t in the games so that we can see the other players shine a little bit more.

Having so-called “star” talent only makes a significant difference if the entire roster is dedicated to giving their all to win a team championship.  If some star players have a different personal agenda than the coach and the rest of the team, then the team’s chemistry sometimes bursts into flames regardless of how the glorious the player’s personal statistics may seem on paper.

When it comes to winning team championships, team chemistry matters most!