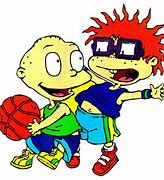 In seven different National Basketball Association markets, you may find an advertisement which reads as follows:

“Billion dollar professional basketball organization is seeking qualified applicants for the position of head basketball coach.  Previous men’s basketball coaching experience is not necessarily required.  Exceptional pay but must be willing to accept a short-term contract.  Inability to get along with referees is a must.  Applicants must be able to converse with local and national media before, during, and after each game.  Answers must be vague and not cast any blame toward either the team’s highly paid players or franchise ownership.  Prospective hires must possess a flexible attitude toward players and allow them to make final decisions related to play on the basketball court, discussions during in-game timeouts, post-game activities, and off-season training.  Ability to inspire confidence in both players and franchise owners is required.”

On Wednesday, veteran NBA head coach Stan Van Gundy was fired after just one season with the New Orleans Pelicans.  It seems that his players (including headliner Zion Williamson) do not like the coach’s old-school mentality including his insistence on playing (gasp!) tough defense.  His predecessor (Alvin Gentry) was fired the previous year because he didn’t stress defense and was too easy on the players.

Both Van Gundy (30-40) and Gentry (31-41) had totally different approaches and coaching styles yet neither produced enough wins by season’s end to keep their job.  That is why these two men have been vanquished from the Crescent City basketball franchise.

As the NBA playoffs slowly trudge toward an eventual end by early July, there are now seven head coaching positions available for the 30 NBA teams.

Dallas Mavericks coach Rick Carlisle resigned Thursday, but a press release after his exit hinted that the 61-year old coach is not planning to retire just yet.  Orlando coach Steve Clifford technically “resigned”, while Boston’s Brad Stevens was promoted up into the team’s General Manager position after Danny Ainge opted to retire.

The current 23% turnover rate for NBA head coaches is significantly higher than for any other traditional profession.  According to a national job search firm, sales and marketing jobs lead the way with an annual turnover rate of 17% followed by researchers (16.4%), media and communication (14.8%), support functions (14.6%), and, surprisingly to me, human resources rounds out the top group at 14.5%.   The annual turnover rate for all professional jobs hovers around 11%.

Come to think of it, the traditional responsibilities for an NBA head coach include many of the same functions associated with those other high-turnover jobs.  They certainly have to sell (to the players, the media, and franchise ownership), perform research (“Did you know that Philadelphia’s point guard is shooting just 32% from the free throw line?”), communicate with the media (“This team is really starting to come together, Marv.”), handle support functions (“Which nightclub are we going to after the game tonight?”), and handle certain human resource functions (“Today, we are going to watch a training film on how to get along with your teammates.”)

Though the annual pay for an NBA head coach is nearly $5 million per year, you have to balance the money with the high probability of being fired at some point, too.

Times are a-changing in the NBA head coaching circles.  The seven newly underemployed NBA head coaches are all white.  That doesn’t necessarily mean that they will be replaced by a black male as the next head coach, either.

Don’t be surprised if you see the first female head coach in the NBA very soon.  San Antonio assistant coach Becky Hammons is already making the interview rounds (including in Boston) while Teresa Witherspoon (an assistant in New Orleans) is reportedly being considered for the Pelicans top job.  Though Becky Hammons (Colorado State) and Teresa Witherspoon (Louisiana Tech) were both talented women’s college basketball players, neither has coached a men’s basketball team at any level.

Perhaps you are thinking, “How can a female coach be any more effective in coaching a men’s basketball team than a male?”

Let’s face it.  The job of an NBA head basketball coach in the year 2021 seems to have been reduced to organizing team practices, giving pregame pep talks, yelling at referees, calling time outs, showing-off your drawing skills on a grease board, and providing comments to the media (as long as you don’t say anything bad about one of your players and the franchise ownership).

I’m sure that female head basketball coaches would be quite capable of handling today’s job duties and give the franchise more positive media coverage (at least until the team’s losses start to mount).

NBA head coaches make far less money than most of their players – even the guys sitting down near the end of the bench.

The NBA players know this and so do their head coaches.  So if a team doesn’t happen to like their current coach, a losing record by the team may first trigger a change in the team’s head coach.  As the NBA team’s season ticket sales starts to drop, the first reaction from the franchise owner is usually to push the eject button on the team’s head coach as it is much simpler and cheaper than changing the expensive players.

A former college standout in South Dakota, Nate Bjorkgren was a successful high school basketball coach.  He then worked as an assistant coach and later a head coach in NBA’s developmental league.  He later became an NBA assistant in Phoenix and Toronto before his promotion to head basketball coach for the Indiana Pacers this season.  He had a ton of relevant coaching experience before his first NBA head coaching job began.

After the Pacers missed the NBA playoffs this season for the first time since 2015, rookie head coach Nate Bjorkgren was fired after just one season as the head coach in Indiana.

The NBA’s most recent “Coach of the Year” for 2021 was a man who was fired from his last head coaching job in Minnesota just two years ago in 2019.  Tom Thibodeau (like many in the NBA’s perpetual coaching carousel) went jobless for one year and then resurfaced to take the daunting job of trying to make the New York Knicks play like a winner again.

His 2021 Knicks made the NBA playoffs this year for the first time in eight seasons (and six coaches ago).  A year from now, it wouldn’t surprise me if the same coach was kicked to the curb if the team underperforms on the court and starts to complain about the coach.

With generational wealth now being paid to today’s NBA players, it’s not a stretch to believe that many of today’s basketball players now care more about accumulating wealth rather than winning a team championship.  Though I am no fan of LeBron James on or off the court, he always plays the game hard and pursues winning championships with a similar passion.

With nearly $40 million annually being paid to aging 36-year old NBA stars such as LeBron James with Los Angeles Lakers and Chris Paul of the Phoenix Suns, the head coach of those basketball teams has no chance to succeed if the team’s key player is not on board and in synch.

I am a bit surprised that one or more of today’s NBA premier players hasn’t become their team’s player-coach yet.

Back in the late 1960’s, Boston’s Bill Russell became the player-coach of the Celtics.  Hall-of-Fame guard Lenny Wilkens did the same while playing for the Seattle Supersonics during the early 1970’s.

The last NBA player-coach was Boston’s Dave Cowens in the 1978-1979 season.  The Celtics had a losing record that year, and there hasn’t been another full-time player/coach in the NBA ever since.

I think that both LeBron James (Los Angeles Lakers) or Chris Paul (next year’s team has yet to be determined) might do a fine job as a player/coach.  However, it is quite unlikely to happen as any additional monetary compensation to take on the additional role of coach isn’t likely to motivate them to take the job.

In sum, there is no job security when taking the job of a head basketball coach in today’s NBA.  The coach does not control the players being drafted, signed, or traded.  That’s the general manager’s job.  The coach simply has to win basketball games with the players which he (or she) has been handed.  When things go sideways, you will shoulder most of the blame and be the first person to walk the plank.

In today’s National Basketball Association, the qualifications to be a successful head basketball coach seem to have become more like those for a professional babysitter.

You want the children (the players) to have a good time while you are there to serve them and help them remain safe and protected (from the referees, fans, and the media).  You also want to make sure that the parents (in this case, the franchise owners) stay happy whenever they check on how their little darlings are doing back at home.

If you should become an NBA head coach, remember to obtain a few good references at each job…to show to your next employer!