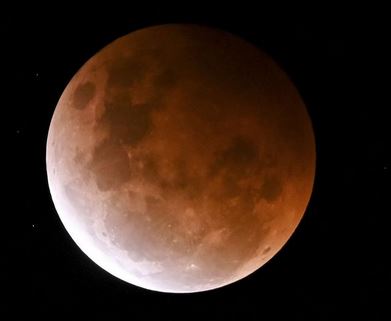 I am not a particularly superstitious person.  However, I’ve had a few odd things happen this week in my life.  I also noticed more than our share of very strange happenings this week in sports, too.

On Wednesday, May 26, we saw 2021’s appearance of the Super Flower Blood Moon!   Let’s break this down one piece at a time for the astronomically challenged:

Though Wednesday’s supermoon event probably does not have anything to do with the Man of Steel, it appears that the sports world received a dose of Orange Kryptonite this week as there have been some really odd things happening the past several days.

Exhibit “A” – A streaker took the baseball field during a rain delay in Washington, DC at a Nationals baseball game.  The streaker was cheered by the home crowd as he slid in front of the large tube which is used to unroll the infield tarp.  He then crawled inside of the roller tube as the crowd booed the workers trying to extract him!

Exhibit “B” – Professional golf saw 50-year old Phil Mickelson literally come out of nowhere to grab a two shot victory this week at the PGA Championship and earn his sixth major golf championship.  The crowd in South Carolina was so excited that they spontaneously ran onto the 18th fairway ahead of the leader and encircled the green before Mickelson arrived to putt-out for his victory.  Though such a thing is not unusual at the British Open, overzealous golf fans are quite an anomaly here in the USA.

Then there was the post-game television interview where the grumpy runner-up, Brooks Koepka, stopped in mid-sentence to scowl at his arch enemy, Bryson DeChambeau.  DeChambeau and his caddy were grabbing their golf clubs and leaving the golf course but made the silly mistake of actually daring to walk behind Bluto Koepka as he was being interviewed.  Koepka cursed as the interview was cut short.  If next month’s US Open wants higher television ratings for Rounds 1 and 2, a pairing which includes the fueding Koepka and DeChambeau might just do the trick.

Exhibit “C” – The NBA takes the award this week for the largest number of odd things which have occurred during the first week of the playoffs.

During the NBA’s regular season, many franchises did not permit basketball fans to attend home games so the players performed in relative silence on many nights.  Recently, several states have recently relaxed COVID restrictions, so some teams are now allowing fans to attend playoff games.

Several NBA stars have not been happy about that change after this week.

On Wednesday (the night of this week’s Super Flower Blood Moon) in the City of Brotherly Love, Philadelphia 76ers fans enhanced the city’s cringeworthy reputation as having the least sportsman-like fans in professional sports.  After Washington Wizards star guard Russell Westbrook injured his ankle during the fourth quarter of Game 2, a Philly fan dumped a carton of popcorn on Westbrook’s head as he was escorted off the court and toward the locker room.  The popcorn tossing fan was identified and has been suspended from the arena for the next year.

The arena’s operational President said, “We’re proud to have the most passionate fans in the country and the best home-court and home-ice advantage around, but this type of behavior has no place in our arena.”  Guess he won’t pop-up again anytime soon!

Meanwhile in New York City on (of course) Wednesday’s Full Moon night, a fan of the New York Knicks actually spit on Atlanta guard Trae Young while he was standing along the Hawks’ sidelines.  The frothy offender has been identified.  As in Philadelphia, the rowdy fan has been banned from Madison Square Garden indefinitely.

In Salt Lake City on Super Flower Blood Moon Wednesday, three overzealous fans of the Utah Jazz have been banned indefinitely after hurling more than just a few “Welcome to Utah!” comments toward the family of Memphis Grizzlies star guard, Ja Morant.   Other rowdy fans in the section did the right thing and alerted arena cops to haul off these offenders.  Utah Jazz fans are well known within the NBA Western Conference teams as being the “Philadelphia” of the West.  This trio of Utah stooges was escorted out of the building, and they are now banned from the arena indefinitely.

Exhibit “D” – Tim Tebow took the field for the Jacksonville Jaguars this week as a tight end!  Yes, the former University of Florida and Denver Broncos quarterback Tim Tebow signed a contract last week to become the fourth tight end on Jacksonville’s NFL roster.  The 34-year old athlete has never played a down at tight end at any level before, but his new #85 jersey is already an NFL best seller in his first week!

Exhibit “E” – Did I mention that billions of cicadas have recently surfaced in 15 states located north of the Mason Dixon Line?

Appearing for the first time since 2004, these noisy and lovelorn insects are part of a sinister-sounding bug group named Brood X.  According to one source, they have been living in a COVID-like existence underground and sucking on plant sap for the past 17 years.  Once the soil temperature reaches 64 degrees (hey, these bugs are really smart!), up to 1.5 million cicadas per acre in some areas will surface for only about one month and undertake their 17-year mating ritual.

The emerging and very noisy males make very loud buzzing sounds (96 decibels – about the sound of a nearby jet) in order to attract a partner.  (Hmm – I wonder whether those female cicadas are either a little deaf or maybe they are simply playing hard to get?)

Scientists believe that, by emerging en masse like this, it has helped these noisy bugs to survive their many predators and be able to mate successfully.  Let’s face it, birds and small mammals can only feast on so many of these cicadas in a relatively a short period without getting their own version of indigestion!  Within a few weeks of surfacing and frolicking, the female cicadas will lay billions more Brood X cicada eggs as these creatures return into the ground once again.

This sounds like a bad horror movie which needs to be shown on a Saturday night “Svengoolie” TV show, doesn’t it?

After seeing how weird the above-ground humans in the United States have been acting in the last year or so, perhaps these cicadas are pretty smart to be heading back underground soon.  It might be a much saner place to live for the next 17 years!