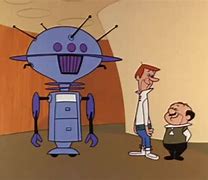 They’re ba-a-a-ck!  The boys of summer are (perhaps) going to trot back onto the grassy green diamonds at the end of July and play an abbreviated 60-game regular season with an October playoff schedule.

Major League Baseball has proven to be the most dysfunctional major sports league during this pandemic year of 2020.   The spring training camps were shut-down prior to the start of the lengthy 162-game regular season.

While the regular seasons for the National Basketball Association and National Hockey League were nearly completed, the professional baseball campaign never even made it first base this year.   When the team owners and the players union met to delay the start of the baseball season, the interim agreement for 2020 offered the players a pro rata share of their annual salaries based on the actual number of games to be played this year.

However, the owners bungled by not factoring that an abbreviated season might be played without paying fans in the stands.   According to some reports, the average major league baseball team earns about $650,000 per home game from ticket sales, concessions, merchandise, and the like.  Oops.

Over the lengthy delay, the owners realized this mistake and came back to the players asking them to share in the loss of stadium revenues.  The players said, “No, thanks” and stood firm on the original “deal” which would pay them their usual salaries based on the actual number of games played.

Usually, it’s the sports team owners who claim, “A deal is a deal” and the players get riled.  This time, the owners were the ones who goofed, and the players are holding their feet to the fire.

For over a month, the two sides agreed to disagree.  A number of options were put on the table by the team owners, but, this week, the owners finally capitulated.  A 60-game regular season will start in late July with a full-scale sprint to the finish line in 2020.

Major League Baseball games in 2020 are expected to be played at “safe” locations (to be determined) without fans in the stands.   It is entirely possible that October’s post-season games and World Series will be played in empty stadiums, too.

If you haven’t already heard, the MLB Players Association must comply with significant changes in the way 2020’s season is traditionally played.  Baseball players must follow an Operating Manual containing the health and safety protocols necessary during this pandemic mini-season.

Let’s be more specific on some of these agreed-to changes:

Let’s face it.  Since the 2020 Major League Baseball season (assuming they play at all) will be unique in a number of ways, your SwampSwami has a few more ideas that the league might consider to keep the viewers interested.

Baseball’s interest was already waning before attempting to play this reduced schedule in 2020.  This mini-season seems like the perfect time to spice things up for the fans watching the games at home.

It would be terrific if Major League Baseball could innovate a little bit and turn lemons into lemonade in 2020.  I guess we’ll have to settle for less spitting and stinky players instead.