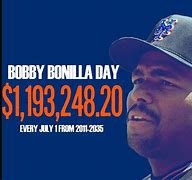 It’s July 1, 2020.  We are now halfway through the weirdest year during my blessed, lengthy and medically out-of-warranty lifetime.

Before March 15, there was a Super Bowl played (won by Kansas City, I believe…if I can remember back that far), and we were on the verge of playing the NCAA March Madness basketball tournaments for both the men and women.

After the pandemic and virus shutdown nearly everything for at least a couple of months, many of us have spent time on countless yard projects (should’ve bought some Lowe’s, Home Depot, and Wal-Mart stocks back in January!) while dreaming and hoping for a summertime end to this pandemic madness.

Instead, we celebrate today as the official midpoint of this uber-depressing year 2020.  The sports landscape has shown a few signs of life of late.  And, sadly, it seems a bit premature to celebrate a return to sports normalcy anytime soon.

Though professional golf (sans fans) has helped me pass the time on a few recent weekends, there was always the hope that fall would once again bring back football and even allow baseball to play an October swan song (in whatever location that may occur).

Instead, America continues to watch the Great Coronavirus Scoreboard to see how many new cases are added every day.  It’s nothing to joke about, but I personally enjoy watching just about anything except the news and sports channels during 2020.

We really need a sense of humor to return to America again, too!  So, what better way to celebrate today (July 1) as the celebration of Bobby Bonilla Day!

Today will marks the tenth year (with 15 more to go!) where this very sharp baseball player gets paid his nearly $1.2 million from one of Major League Baseball’s perennially bad teams.

How did this happen?

In the year 2000, the Mets wanted to buy-out the remaining $5.9 on Bonilla’s then-expensive contract.  In lieu of a pricey immediate payout, the Mets checked with their financial consultant.  He advised the club that they could invest the money with him for the next ten years, and the Mets would have enough money to pay Bonilla nearly $1.2 million per year for 25 years if he was willing to wait ten years to start collecting it.

Would you believe that the New York Mets financial consultant at the time was some guy named Bernie Madoff?  Yes, THAT Bernie Madoff.   He is the man who is still in prison serving 150 years for the world’s largest “Ponzi” scheme. Madoff paid his current investors’ some incredibly high interest rates by virtue of utilizing fresh investment money received from brand new investors who wanted the same great deal. It worked swell…until somebody figured out his scam.

Yes, the New York Mets had so much confidence in Madoff that they believed the team would be able to earn a minimum of 10% interest on their $5.9 million owed to Bobby Bonilla. After ten years of fabulous investment returns, the Mets would have enough money to pay Bonilla for his entire 25-year annuity (with 8% annual interest), and the team still end-up ahead on the deal!

The New York Mets will pay the now 57-year old former outfielder (who ultimately retired from baseball the following year) about $1.2 million every July 1 for another 15 years until Bobby Bonilla turns 72 in 2035.

In the immortal words of former television star Jackie Gleason, “How sweet it is!”

The 2020 New York Mets have several current roster players who will earn less than the happily retired Bonilla makes this year for sitting at home watching the games on television.

Meanwhile, the owners of the New York Mets (the Wilpon family) were already seeking a buyer for the team in 2020.  This year? Talk about bad timing!

If the current owners are successful in grabbing upwards of $2 billion for their underachieving baseball team, the sales transaction must include the annual payoff of one very happy former outfielder through the year 2035.

On the bright side of this story, professional athletes might want to take note of the way Bobby Bonilla was willing to defer some money today to insure that he would have a steady stream of cash for much of the rest of his life.  Many highly paid athletes might benefit from this kind of fiscal prudence early in their careers in trade for a more comfortable financial future once their playing days are done.

May the second half of 2020 bring the promise of greater prosperity to each and everyone!