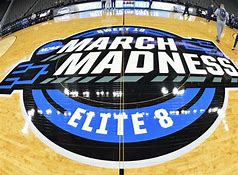 As we continue with the SwampSwami.com Make Believe March Madness college basketball tournament with games played this week on Thursday and Friday, the number of surprise teams continues to make news!

Since that REAL basketball tournament was K-O’d by a certain not-to-be-named virus, we continue to play imaginary games on the same days as the regular tourney was scheduled.  The teams were selected and seeded according to my best research (see my initial post dated March 17 for how this worked).  I attempted to keep most teams (and their theoretical fans) in regions relatively close to their geographic location.

Now that we have recapped how this works, it’s time to summarize the Round of 16 games played this week and learn which men’s college basketball teams will play in this weekend’s Regional Finals.

Dayton 87, Auburn 81 – In Madison Square Garden, the #1 East seed Dayton Flyers endured #5 Auburn’s full court pressure and advanced to the East Region finals with a six-point victory.  Dayton (now 32-2) was led by their All-American Obi Toppin with 23 points and a team-high ten rebounds.  Coach Bruce Pearl’s Auburn Tigers closed the gap in the second half to one point, but the team’s shooting faltered down the stretch.  The Tigers head home with a final record of 27-7.

Kentucky 95, Duke 85 – In an eagerly awaited rematch of these two perennial college basketball powers, the Kentucky Wildcats, #2 seed from the SEC, wore down third-seeded Duke 95-85 in the East Region nightcap.  Coach John Calipari’s Wildcats used their bench depth to force Duke’s Blue Devils into ten uncharacteristic turnovers in the second half.  The win moves Kentucky to 26-5, while Duke heads back to North Carolina with a 26-7 mark.

Kansas 73, Louisville 72 – In Indianapolis, the #1 seeded Kansas Jayhawks survived an upset bid by #4 Louisville as a last second shot by the Cardinals bounced off the rim at the buzzer.  Louisville trailed by 15 at halftime, but the Cards whittled-away Kansas’ lead in the second half.  The game was briefly tied at 68 points with less than two minutes to go.   Kansas All-American big man, Udoka Azubuike, dominated the paint with 18 points, 15 rebounds, and six blocked shots to lead the 31-3 Jayhawks into the SwampSwami.com Make Believe March Madness Midwest Regional finals.

Villanova 84, LSU 68 – The third seed in the region, Villanova, jumped to an early lead over the cold-shooting LSU Tigers and never trailed in a relatively easy win.  The seventh-seeded Tigers from Baton Rouge missed 12 of their first 13 attempts from 3-point range and shot just 20% from the field in the first half.  Villanova, which has won nine of its last ten games, had four players in double figures led by junior guard, Collin Gillespie, with 17 points.  LSU finishes the season with a record of 23-11, while the Wildcats from the Big East Conference (now 27-7) move into the Midwest Region finals to play #1 seed Kansas.

Stephen F. Austin 79, East Tennessee State 75 – In Houston, the Stephen F. Austin Lumberjacks continued to grab the headlines by downing the other surprise team in this bracket, East Tennessee State, 79-75.   Buoyed by thousands of East Texas fans in the stands, the #12 seeded SFA endured a slow start but hit several key free throws down the stretch to send the #8 seed ETSU packing.   The Southland Conference darlings (31-3) from SFA, the seventh-leading offense in college basketball, converted 14 of 15 free throws in the second half to hold-off the late-charging Southern Conference champs.  Stephen F. Austin has now won 18 games in a row and 24 of its last 25 games.

Michigan State 61, Baylor 54 – Coach Tom Izzo’s Michigan State Spartans, the third seed in the South Region, seem to like having their backs to the wall.  After falling behind #2 seed Baylor by ten points at halftime as a highly partisan Texas crowd roared its approval, Michigan State’s All-American guard Cassius Winston put the team on his shoulders in the second half to carry the Spartans to a 61-54 win.  Michigan State was 17-9 in mid-February and on the verge of being left out of this year’s field.  Since then, the Big Ten’s Sparty has rolled-off eight straight wins to climb to 25-9.  Baylor simply couldn’t find the basket enough in the second half and finished its season 28-5.

Gonzaga 77, Oregon 73 – In Los Angeles, the #1 seed in the West Region, Gonzaga, roared back in the final five minutes to steal a 77-73 win over #4 seed Oregon.  The Ducks led by as many as twelve points in the second half before Gonzaga’s senior reserve guard, Ryan Woolridge, came off the bench to drain four straight three pointers and sparked a furious Zags’ rally.  Coach Mark Few’s Gonzaga team climbs to 34-2 on the season.  The Pac-12 Oregon Ducks fly home with a final mark of 26-8.

West Virginia 65, San Diego State 64 – Freshman guard Miles McBride hit a jumper from the baseline with one second left to lift the #6 West region, West Virginia, to a 65-64 upset of the #2 seed, San Diego State.  Both teams played stifling defense throughout as there were 14 lead changes during this game.  The Big 12’s Mountaineers (now 24-10) were one of the last teams named to the SwampSwami.com Make Believe March Madness field and earned longtime coach, Bob Huggins, a chance to reach the Final Four with another win in the West Region finals against #1 seed, Gonzaga.  The Aztecs of the Mountain West Conference finish their season with an impressive 31-3 mark.

Come back Monday to find out who won the Elite Eight games over the weekend and will advance to the 2020 MBMM Final Faux!