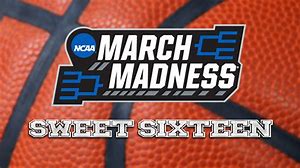 Over the weekend, the SwampSwami.com Make Believe March Madness college basketball tournament produced some great games and even more interesting match-ups for the upcoming Round of 16 later this week.

Our faux field features a #12 seed (Stephen F. Austin), a #8 seed (East Tennessee State), and a #7 seed (LSU) advancing to the third round of this year’s (fake) tournament.

In addition to those surprise teams, a few colorful match-ups will materialize this week as well.  Long-time bluebloods Kentucky and Duke will square off yet again in the East Region semifinals in New York City, while a battle of green teams takes place in Houston with Baylor taking on the Michigan State Spartans in the South Region semifinals.

Let’s take a look at this weekend’s results.

Dayton, the top-seed in the East with a 31-2 record, moved into the Sweet Sixteen by downing #8 seed, Providence, 79-62.  Playing in front of a Cleveland arena packed with Flyer fans, Dayton led this game from start to finish.

The Flyers will now meet fifth-seeded Auburn from the SEC.  The Tigers weathered a furious last minute rally by the #4 Seton Hall Pirates to preserve an 85-82 victory.  Coach Bruce Pearl’s Auburn squad moves to 27-6 with the win and will face Dayton this week.

The Yale Bulldogs were overmatched against the East Region’s #3 seed, Duke.  The Blue Devils scored an amazing 64 points in the paint to dismantle Yale 92-65.  Coach Mike Krzyzewski’s ACC team will travel to New York City to play an old foe from the SEC.

The East #2 Kentucky Wildcats may have been caught looking ahead to a potential match-up with Duke but eventually prevailed over the Missouri Valley champs, Northern Iowa.  Kentucky scored 15 points in a row during a decisive five minute stretch in the second half as the Cats prevailed over the Panthers 78-70.

The #1 seed in the South Region, Florida State, picked a bad day to go cold from the field as the #8 seed, East Tennessee State, knocked out the ACC champions by a score of 70-63.  The Buccaneers from the Southern Conference won their 14th game in a row to move their record to 29-4 on the season.

The Bucs will face the other giant killer in this year’s SwampSwami.com Make Believe March Madness event, Stephen F. Austin.  The #12 seeded Lumberjacks, fresh from downing the defending NCAA champs from Virginia, put on their running shoes and took a 92-88 win over #4 BYU.  The Southland Conference champs rolled off their 15th straight win to move to 30-3 on the year as they head to Houston for the Sweet Sixteen.

In the other side of the South Region bracket, the #2 seed, Baylor, shut down the #10 seed, Saint Louis, 61-47.   The Bears suffocating defense (ranked #7 nationally) pressured the Billikens guards as Saint Louis shot just 28% for the game.

The Bears now advance to play long-time NCAA tournament fixture, Michigan State.  The #3 seeded Spartans eliminated #6 Houston 78-65 as second-team All American guard Cassius Winston scored 28 points to lead Sparty to victory.   The Cougars finished the season at 24-9 and missed their chance to play in front of the hometown fans as South Region play concludes this week in Houston.

In the biggest upset of the weekend in this region, senior guard Skylar Mayes led the #7 LSU Tigers to an 82-75 win over second-seeded Creighton.   Mayes scored 28 points, including hitting six straight free throws in the final two minutes, as the Tigers moved into the Round of 16 in Indianapolis.  Creighton’s season ended with a 25-8 record.

LSU will now face #3 seed, Villanova, of the Big East.  The Wildcats easily downed fellow Big East opponent, Butler, 74-61 to advance to the next round of competition.  Butler, the #6 seed, had split its two games earlier this season with Villanova.  The Bulldogs end the year with a 23-10 record.

In the other half of the Midwest Region bracket, the two top seeds rolled to easy wins this weekend.  The #1 seed, Kansas Jayhawks, clobbered in-state rival, Wichita State, 88-69 to advance to the third round of play.  The #9 seed Shockers from the American Athletic Conference head home with a 24-9 final mark.

The Jayhawks will now face #4 seed, Louisville, in their next game.  The Cardinals from the ACC ended the season for #12 Tulsa by downing the Golden Hurricane 91-76.  Louisville and Kansas will square off this week in Indianapolis.

West Virginia found its “A” game at the right time as the Mountaineers will advance to the Round of 16 after taking down #3 seed, Maryland, 74-67.  The Big 12 Mountaineers had come into the SwampSwami.com Make Believe March Madness tournament having lost three of its last five games.  Coach Bob Huggins’ squad has momentum as it moves into a West Region’s Round of 16 game this week in Los Angeles.

In other West Region games, top seed Gonzaga held home court in Spokane and pleased the locals with an impressive 102-76 blowout win over #9 seeded Utah State.  Coach Mark Few’s Bulldogs cleared the bench in the second half after grabbing a 28 point first half lead.

The Zags will now face the #4 seed in the West, Oregon.  All-American Payton Pritchard hit two free throws in the final seconds to preserve a 68-66 thriller over the #5 seed, Ohio State.  The Pac-12 Ducks moved to 26-7 on the year, while the Big Ten’s Buckeyes head home with a 22-11 record.

The Round of 16 in the SwampSwami.com Make Believe March Madness college basketball tournament features a terrific mix of favorites and surprise teams.   Will the underdogs keep winning or will the favorites eventually rise to the top?

Come back later this week and find out for yourself!