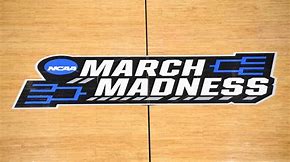 After Thursday and Friday’s first round games from the (fake) SwampSwami.com Make Believe March Madness college basketball tournament, the defending champion has been dispatched in a stunning first round upset.

The University of Virginia’s past three years of tournament basketball have been, literally, “Lose Big or Win Big”.  Two years ago, UVa became the first #1 seed to lose to a #16 seed as the Retrievers of University of Maryland Baltimore County (UMBC) eliminated the Wahoos in Round 1.

In 2019, Virginia exacted revenge on the field in winning its first NCAA March Madness event.

In the SwampSwami.com Make Believe March Madness event, Virginia received a #5 seed (23-7) and was paired against the 12th seeded giant-killer from East Texas, Stephen F. Austin.  You might recall that the Lumberjacks pulled-off the regular season’s biggest upset by winning an early season game at Duke.

On Friday in a South Regional game (played in, ironically, Spokane, Washington), Stephen F. Austin beat Virginia at their own game in a 48-44 upset victory.  Virginia’s reputation for slow-down games is legendary.  The Lumberjacks surprised the Cavaliers by doing their own version of the slow-down offense in building a first half lead and holding on down the stretch to grab the victory over the defending champs.

SFA moved to 28-3 on the season and into a second round game on Sunday against #4 seeded Brigham Young University.

That was the biggest upset of this year’s first round.

In the other South Region games in Spokane, BYU breezed by #13 Belmont 85-71.

In the South’s Greensboro, North Carolina regional, #3 seed Michigan State survived a sluggish start and prevailed over #14 New Mexico State 66-58.  In the nightcap, the University of Houston (#6) routed conference foe Memphis 75-58 and will play Michigan State on Sunday.

Also Thursday in South Region games played in Omaha, Nebraska, #1 seed Florida State crushed #16 UNC-Greensboro 92-73 and moves on to play #8 East Tennessee State.  The ETSU Buccaneers won its 13th game in a row and moved to 28-4 on the season after shutting down #9 seed Richmond 72-61.

In East Region games played Friday in Albany, New York, the University of Northern Iowa pulled the most exciting upset of the region by downing the #7 seed from the SEC, the Florida Gators, 68-67 in overtime.  Florida missed two straight shots in the final five seconds of overtime before going down to defeat.

The #10 seeded Panthers from the Missouri Valley will now face another SEC foe in #2 seed Kentucky.  The Wildcats toyed with #15 Winthrop early and then turned on the gas in the second half to easily win 94-78.

Also on Friday in East Region action in Cleveland, #3 Duke handily defeated #14 seed Hofstra 79-58.  The Blue Devils will take on surprising #11Yale on Sunday.  The Ivy League champions jumped ahead early and easily dispatched the #7 seed Illinois by a score of 70-58.

In Thursday’s East Region games in Tampa, the #5 Auburn Tigers rolled past 12th seed Furman of the Southern Conference 84-71.  That sets up a match-up with #4 Seton Hall on Saturday.  The Pirates of the Big East sliced the #13 seed Vermont Catamounts 80-63 and improved their record to 22-9 with the win.

Also Thursday in East games played in Cleveland, the #1 seeded Dayton Flyers showed why they will be a tough out as All American Obi Toppin led team with 25 points and a 78-52 shellacking of #16 seed Sienna.

In the other Thursday game in Cleveland, the Providence Friars (#8 seed) of the Big East took down a stubborn #9 seeded USC by a score of 72-68.  Providence gets their shot at #1 Dayton on Saturday.

Moving to the Midwest Region’s games on Friday in St. Louis, the #7 LSU Tigers moved into the Round of 32 with a solid 81-73 victory over #10 seed Cincinnati.  LSU will meet #2 seed Creighton on Sunday.  The Blue Jays fans showed up in droves and lifted their team to a convincing 93-75 win over 15th seed North Dakota State from the Summit League.

Also on Friday in the Midwest Regional played in Greensboro, the two favorites prevailed as #6 Butler doused the #11 Liberty Flames 77-60 and advances to play the #3 seed from the Big East, Villanova, on Sunday.  The Wildcats had to rally in the second half to take down the stubborn #13-seed Bradley by a score of 68-62.

In Thursday’s Midwest Region games played in Omaha, the #1 seed Kansas Jayhawks jumped to an early lead and never looked back in downing the Boston University Terriers 94-70.  They advanced to a second round meeting against the #9 seed, Wichita State.  The Shockers fans made the drive to Omaha and helped motivate their favorite team to a 68-65 squeaker over #8 Penn State.  The Nittany Lions missed a three point attempt in the final seconds that would have tied the game and sent it into overtime.

Meanwhile in St. Louis on Thursday, the #12 seeded Tulsa Golden Hurricane came roaring back in the second half to overwhelm #5 Wisconsin 79-71.  Tulsa moves to 22-10 on the year and will face #4 seed Louisville on Saturday.  The Cardinals had no problem in taking down the #13 seed, North Texas, 88-69.

Westward-ho we go!  During Friday’s games in the West Region of the SwampSwami.com Make Believe March Madness college basketball tournament, most of the favorites advanced.

In the Sacramento Regional, #2 seed San Diego State routed #15 Eastern Washington 75-52 on Friday.  That sets up a Sunday second round encounter with surprising #7 Colorado of the Pac-12.  The Buffaloes limped into the post season on a five game losing streak.  The Buffs reignited their season by downing #10 Mississippi State 71-59 on Friday.

Also on Friday in West Region action in Albany, New York (go figure), the sixth seeded team, West Virginia, overcame a 15 point first half deficit and rallied to down upset-minded Akron 88-84.  The #11 Zips of the MidAmerican Conference missed several key free throws down the stretch as their season ended with a 25-8 record.

The Mountaineers will now face #3 Maryland on Sunday.  The Terps methodically destroyed the 14th seeded Anteaters of UC-Irvine by a score of 87-69.

In West Region action on Thursday in Spokane, #1 seeded Gonzaga didn’t even need the partisan home crowd to take down #16 Prairie View 105-71.  The Zags moved to 32-2 with the win and will face #9 seed Utah State on Saturday.  The Aggies from the West Coast Conference eventually subdued pesky #8 St. Mary’s of California by a final score of 77-73.

Also on Thursday in the West in Sacramento, #5 Ohio State stayed alive by downing the #12 seeded UCLA Bruins 68-54.  The Buckeyes will take-on another Pac-12 team on Saturday as #4 Oregon dispatched #13 seed Louisiana Tech 84-76.

There you have it!  All 32 first round games are now in the books in the SwampSwami.com Make Believe March Madness college basketball tournament.  We will narrow the field once again this weekend with games Saturday and Sunday taking us down to the Sweet Sixteen.

Please come back on Monday to find out if your favorite team is still playing!