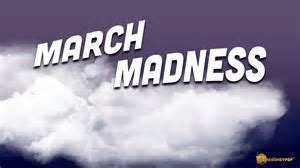 The calendar has just turned to March.  For much of America, spring is just around the corner.

For those of us living in the deep South, signs of the season are here as the weeds are in full bloom.  The tree pollen is sprouting and is getting thick enough to change the color of my dark blue car to green.

As we prepare for that annual ritual called the March Madness bracket challenge coming in the next few weeks, I took a look back at the last twenty years of NCAA men’s basketball champions.  It is quite instructive to review this list a little closer before you make your annual charitable donation at work.

As they say, stats don’t lie.

Suggestion – do NOT pick a team with ten or more losses heading into the NCAA tournament to win it all.  Based on our 20-year historical review, I would avoid selecting Big Ten teams such as Iowa (20-10), Wisconsin (19-10), and Michigan (19-11) as they already have exceeded the ten loss criteria.

DO – try to find an Atlantic Coast Conference team with 28 wins and/or less than ten losses.  Since the ACC has won nine of the past twenty March Madness events, they are your best chance to win.  The Big East is next with five championship trophies, then the SEC (3), Big Ten (2), and Big 12 (1).

Despite my love for selecting the underdogs, you will notice that there are zero champions from the mid-majors and smaller basketball conferences.  This means that it’s best to take your chances with picking a few upsets with your favorite small schools in one or more of the early round games and then send them home before the Final Four (which is being held in the cavernous Mercedes Benz Dome in Atlanta this year).

In the early rounds, keep your eyes on senior-dominated teams which happen to win their upcoming conference championship tournaments, too.  They can ride some momentum for a few games in the Big Dance, but the blue bloods normally have taken over by the Final Four.

When in doubt, refer to the stats above when picking your eventual champion.  Though the statistical championship mold may be broken in 2020, your chances to win the office pool are higher by playing the odds.

Even though I played competitive basketball for many years, I have never won an office pool during my lengthy professional career.  So ignoring my advice might not be a bad option, either!

Some people like to select teams based on the color of their uniform.  When in doubt, you could also just select a few names out of a hat!

Pay closer attention over the next two weekends, and have some March Madness fun!