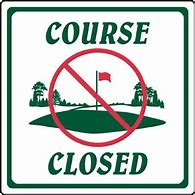 For those few who are following professional golf over the past year, the sport has developed a bad case of the yips.

What are the yips?

According to the Mayo Clinic, the yips are involuntary wrist spasms that occur most commonly when golfers are trying to putt.

The dreaded shank can develop as a golfer loses confidence in his swing.

What are the shanks?

According to one source, the shank is one of the most embarrassing mishits in golf.  It happens when the golfer hits the ball on the innermost portion of the clubface.  Even worse, the golf ball misses the clubface entirely and solidly connects with the rounded hosel (the shaft of the club itself) and the golf ball shoots out to the right (for a right-handed golfer) at a severe angle.

In the golf movie, Tin Cup, the pro golfer (Roy) asks Romeo (his friend and caddy) why he is hitting the ball sideways.  Romeo responds, “The shanks are like a virus. They just show up.”

Right now, professional golf has developed the yips and is advancing to the shanks.

The sport is having a full-fledged meltdown right before our eyes.

The Professional Golfers Association (PGA) Tour has suffered in recent years for a variety of reasons.  After peaking with the tidal wave of popularity with Tiger Woods and Phil Mickelson, both golfers are now in the twilight of their careers.

Golf’s slump began with Tiger’s personal and marital problems about ten years ago.  As Woods left the Tour in shame to deal with his problems for a few years, the trajectory of the sport started to slide as well.

Golf’s popularity among younger people started to wane.  The cost of playing golf has always been a significant impediment in golf’s ability to connect with younger people.   You need golf clubs ($500-$1000), balls ($15-30 per dozen), shoes ($100) and then must pony-up from $25-75 or more to play at your local municipal golf course.

For creative cheapskates like me, you can spend less in all categories, but you get the idea.  You must make a significant financial commitment just to earn the right to tee it up at your local golf course.

As a result, America’s golf participation peaked at 30 million during Tiger Woods’ dominant time in the early and mid-2000’s and has steadily declined 20% to about 24 million US golfers in recent years.

That was incredibly bad timing for golf course developers.  While this decrease in golfers was occurring, another 500 golf courses were being added to the American landscape.

When you have an oversupply of golf courses and a significantly decreased demand from golfers, it’s easy to see why golf courses are closing shop all around the USA in the past few years.

With the increased cost of playing golf, many golfers have begun to emulate their professional counterparts and play at a slower pace than in decades before.  This is despite the increased distances from clubs and golf balls (more on that in a moment).

With the cost of playing golf so high, it is logical to assume that some players might want to take their time on the golf course.  However, the average round golf (which has traditionally been considered four hours or less) has increased to five or more hours today.

Golf was already dealing with participation issues due to the financial commitments required.  Now, many golfers are putting away their clubs due to the lengthy time commitment just to play 18 holes.

The slow pace of golf is being hurt by the televised tortoise-like creatures currently playing on the men’s PGA and women’s LPGA tours.

This makes no sense to me – especially since golf’s equipment and golf ball improvements have caused significant distance increases and turned most PGA tournament courses into a glorified drive, pitch, and putt contest.

The European Tour has even experimented with shot clocks to speed up the professional game.

“If you start docking guys shots, that’s a big deal,” added Jimmy Walker. “That’s how you fix it.”

So, let’s pause to review some of golf’s problems we just identified.

If you think that’s bad for golf, come back next time as we examine a possible fracturing of the men’s professional golf tour. A so-called “elite” golf tour is trying to form and get started within the next few years.

If golf was a stock, it’s time to short it right now.