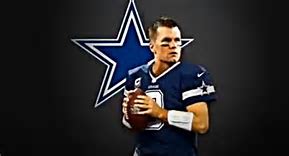 The National Football League season is over, but three of the NFL’s future Hall-of-Fame quarterbacks are now available on the open market for your favorite football team.

Tom Brady (Patriots), Drew Brees (Saints), and Philip Rivers (Chargers) are 42, 41, and 38 years of age, respectively.  Both Brady and Rivers have played their entire careers for the same franchise, while Brees has spent the majority of his career in New Orleans.

However, the three NFL free agents are being mentioned in any number of social media-fanned rumors as to their next work location in 2020.

Let’s start with Tom Brady.  He has won six Super Bowl championships as the quarterback for the New England Patriots since joining the team as a sixth-round draft pick in the year 2000.  He is widely considered to be one of the greatest players of his generation.

Brady has been the ultimate team player and forfeited significant pay increases in order to allow his team to have more money to sign quality players.  He “only” made $23 million in 2019, which ranked him as the 14th highest paid quarterback in the NFL.

Unfortunately, the Patriots’ wide receiver corps in 2019 was far below average.  New England’s All-Star tight end, Rob Gronkowski, had already opted to retire after his ninth season in the NFL in 2018.

The team took a chance to sign talented-but-troubled wide receiver Antonio Brown at the beginning of the season, but Brown’s off-field issues caused the team to cut him after just one game last season.

Other than mainstay Julian Edelman, the Patriots deployed a number of unknowns at the wide receiver spot to start the season.  After Antonio Brown came and went, New England made a mid-season deal to acquire Atlanta back-up receiver Mohammed Sanu.

In 2019, it was too little, too late for the Patriots.  The defending Super Bowl champs lost at home to the underdog Tennessee Titans and the season ended with a rare thud.

Tom Brady’s ability to throw the ball downfield is likely diminished, but the 42-year old free agent has a long-line of suitors.

Former Dallas Cowboys wide receiver Michael Irvin speculated recently that Brady would end-up in Dallas after suggesting that the Cowboys will jettison current QB Dak Prescott (who is seeking a new contract and wants to be paid at the top levels).  Needless to say, Cowboys fans would love to see Brady wearing a blue star helmet this season.

The rumors have Tom Brady playing for the Denver Broncos, Miami Dolphins, and Indianapolis Colts.

As for me, I’ll say it’s still 51% likely that Brady will remain with the Patriots to finish his career.

Not so for Philip Rivers, though.

After 16 seasons with the San Diego/Los Angeles Chargers, the 38-year old Rivers has moved his family to Florida and would like to play somewhere else for at least two more years.

“I can say for certain that if I’m playing, it’s a two-year maximum,” Rivers said. “Whoever the suitors are, I think that would be their hope as well. “

He is honest, though, about his age and the future.  He added, “Shoot, if we stink it up after one year, I’m probably done.”

Unlike Tom Brady, Philip Rivers has shown a lot more wear and tear at the twilight of his career.

Rivers was the 18th highest paid quarterback in the NFL last season at just a little more than $20 million.  His 2019 stats with the 5-11 Chargers weren’t stellar as he threw for 23 touchdowns but 20 interceptions last season.

Philip Rivers isn’t very mobile (even for a 38-year old), so he would need a new team with a good offensive line to protect him better than the Chargers did last year.

Rivers is a Southerner.  He was born in Alabama, played his college football at North Carolina State, and has just moved his family to income-tax free Florida.

The hot rumors are that Tampa Bay (7-9) and Miami (5-11) are willing to offer Rivers a chance to play in the state, but neither team protected their quarterback very well as both teams posted losing seasons in 2019.

I don’t know why Rivers would sign with any team which doesn’t have a legitimate chance of competing for an NFL championship.  At his age, it makes more sense for Rivers to sign with a contender for a lower price tag and have a better chance of staying healthy and playing for a potential title.

Finally, 41-year old Drew Brees (the 12th highest paid quarterback at $25 million in 2019) is also a free agent right now.  Unlike Brady and Rivers, Brees has openly stated that he prefers to finish his career with the New Orleans Saints.  Brees announced that he is taking a month to review whether he may want to retire while he is still in good health.

Though he would take a big pay cut, the potential market for Drew Brees as a television analyst might be just as high as another NFL team making a play for him.

I can’t see Brees playing for any NFL team other than New Orleans next season (if he plays at all).

Philip Rivers is the lone lock to change uniforms in 2020, unless he retires or fails to receive a viable offer from another team.

Tom Brady could tell New England he is staying, but he probably will want to provide input during the team’s draft to identify a few new wide receivers as well as help the Patriots select one or two free agents to throw the ball to in 2020.

For the low, low price (cough) of about $30 million per year, one or more NFL teams will pay to obtain a future Hall-of-Fame quarterback to lead their team for the next year or two.

It will be intriguing to see which of these quarterback legends will be leading another football team and see if they can take that team into the 2020 NFL playoffs.

NFL free agency officially begins on March 18.  This is going to be fun.