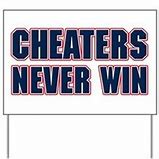 We live in an age where we can receive news from a very large number of sources.

Traditional newspapers and magazines continue to be in decline while on-line sources (whether trustworthy or not) continue to pop-up (literally) while searching for information.

Television has morphed from a handful of over-the-air networks forty years ago (ABC, CBS, NBC, PBS, and now FOX) to hundreds of cable and satellite options available for customer viewing.  Specialized channels for news and sports abound.

Radio remains a highly competitive arena with internet sources and, more recently, over ½ million podcasts (such as mine) giving voice to hundreds of thousands of wanna-be broadcasters.

The competition for your attention has never been higher.  It becomes increasingly difficult to determine whether a story has been intentionally hyped to create a “hook” or buzz to build interest in it.

For as long as there have been printed stories, headlines have been used to “tease” it in an effort to entice a reader to spend time reading the entire account.

Check it out for yourself.  Go online to Yahoo! or your favorite news and sports site and notice how the headlines will attempt to lure your interest into reviewing a story.  More often than not, they may be combined with a picture which may or may not be relevant to the story.

That brings me to today’s headlines.

I have seen yet another of the increasing number of stories about cheating in sports.

In baseball, recent stories have been published over the past few months about the 2017 World Series champion Houston Astros “stealing” signs between the pitcher and catcher in order to gain an unfair advantage over opponents.

A year from now, we’ll probably learn how this year’s World Series champs in Washington, D.C. probably cheated to win their first title, too.

In football, we continue to hear quiet whispers as to how 42-year old Tom Brady remains so physically gifted at quarterback at his age.   Does he utilize HGH (human growth hormones) to help heal the aches and pains from such a difficult contact sport?

Of course, who can forget the “DeflateGate” cheating story from a few years ago when the Patriots were accused of lowering the air pressure in the footballs to give the home team an easier grip on the ball during cold weather games?

In golf, the latest buzz has surrounded 2018 Masters champion, Patrick Reed.  Reed, who has been in hot water for much of his career for having a hot temper and prior allegations of cheating, was shown on television recently lightly grounding the golf club into the sand of a trap (a big no-no and a penalty applied).  When shown the television replays later, he still denied doing anything wrong.

In golf, any form of cheating is considered quite taboo and not tolerated by the majority of players and fans.  Reed’s smugness about his recent violation of the rules of golf has led to jeers from some of the sport’s normally polite patrons.

Speaking of golf, Tiger Woods has long been eyed for possible use of HGH to give him a physical advantage off the tee and to alleviate the pain of his numerous back and leg injuries.

In college athletics, allegations of cheating in basketball and football recruiting seems to be on the sports pages nearly every week.

Recently, James Wiseman, a highly-recruited freshman basketball player at the University of Memphis, recently opted to walk away from the school after the first month of this basketball season.  Wiseman, a 7-foot center who is heading to the NBA next year anyway, was being investigated after payments of nearly $12,000 were given to his mother.   The money was supposed to be used for moving expenses to bring the family to the Memphis area so she could be closer to her son.

In fairness to Wiseman, a variation of his story (amount of money and use of it) could be repeated ad nauseam with regard to highly recruited high school basketball and football players around the country.

Going back as far as I can remember, baseball players have been accused of putting cork in the baseball bats to help hit the ball harder.  And who can forget the wonder era of steroids (Jose Conseco, Barry Bonds, and Mark McGuire come to mind) for about 20 years during the 70’s, 80’s, and 90’s.

Don’t forget that baseball pitchers have been accused of utilizing substances like Vaseline to put additional spin on the ball or using sandpaper to scuff the baseball to make the baseball harder to hit.

Some NFL defensive backs (Lester Hayes, are you listening?) actually put Stickum on their fingers to make it easier to intercept the football back in the 1970’s.

Also in the 1970’s, professional golfer Jane Blalock (who won 27 LPGA tournaments) faced accusations of improperly marking her balls on the green, improving her lies in the fairway, and ultimately receiving a suspension for her actions.  She is more remembered as one of golf’s most notorious cheaters instead of having more tour wins than only 18 other golfers in the history of women’s professional golf.

Cheating isn’t new to sports.  The higher the level of competition, the more tempting it is for competitive athletes (and coaches) to try and gain an advantage in their sport.  I don’t see that changing anytime soon.

Competitive businesses are sometimes just as willing to break laws (or bend the rules) to gain an advantage over their competitors.   That probably won’t change soon, either.

And we won’t even talk about politicians and how they make rules and break many of those same ones.

For most of us, playing by the rules is the norm.  For those who bend or break the rules, I hope that their conscience will haunt them for a lifetime.