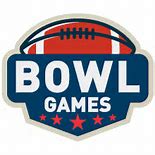 The hard work has been done.  Ol’ SwampSwami has ranked each and every team part of the 130 BCS major college football programs as of the conclusion of last weekend’s conference championship games.  Please go to SwampSwami.com and review this complete listing from my post earlier this week for a full analysis of all 130 teams.

Even if your favorite team finished the season with a mediocre record of 6-6, they still likely heading to a bowl game this holiday season (whether you like it or not) .

Unless your college football team’s name is Toledo or Missouri, that is!  The Rockets and Tigers (both 6-6 in 2019) will be staying home for the holidays as there were “only” 39 bowls and 78 slots to fill this season.  With 80 teams with a 6-6 or better record to choose from, those two teams were left out this post-season.

Though the NCAA and the bowl committees didn’t ask me, I think that only teams with 8 or more wins should be playing in a post-season bowl as its reward for a great season.

I am giving the bowl selection groups a tip of my sports cap, though.  None of this season’s bowl games will feature a match-up of two 6-6 college football teams.  YIPPEE!

With the first bowl game coming next week, it’s time to reveal an early Christmas present for you.

I have ranked all 39 college football bowl games and projected the winners! You will see:

Being the honest (and very humble, of course) person that I am, I will tally the wins and losses for each bowl game prediction and share the results with you prior to the BCS championship game in early January.   I’m crossing my fingers for success!

My method of ranking the BCS large school college football teams (which has been covered in several prior postings) is purely for entertainment value as my primary purpose is to reveal the “big school” biases inherent in the major national college football polls.

My rankings are designed to reward teams for winning the most games with increased credit given for beating the toughest opponents on their schedule.

Since this is all for fun, let’s “go bowling” and reveal the SwampSwami.com 2019 college football bowl picks (my picks are in BOLD and highlighted in yellow).