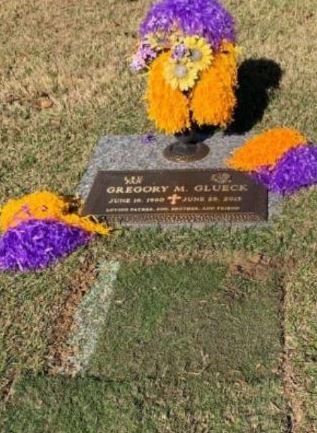 In sports, we often hear the phrase, “The grass is always greener”, when a professional athlete or coach changes teams for a perceived better position or more pay (or both).

On Monday in Baton Rouge, Louisiana, hundreds of people showed up to grab their own share of greener grass than might be seen in the yards of the city during early December.

The turf of LSU’s famed Tiger Stadium apparently lived a hard life during the football season in 2019.

The 12-0 LSU Tigers ran up and down that turf all season and, apparently, finally just wore it out after Saturday night’s 50-7 blow-out of the Texas A&M Aggies.  The team averaged a very un-Tiger Stadium-like 54.14 points per home game in 2019.  That turf was literally worn out after seven home games.

The 2019 LSU Tigers passed the ball for a school record 390 yards per game.  The end zones were worn out this season with all of the touchdowns.  The record number of extra point attempts might have scuffed-up the field even more.

Therefore, the LSU athletics department decided it was time to tear-out the turf of Tiger Stadium after Saturday night’s final home game.

Since the team finished the season with a perfect 12-0 record, the 2019 LSU Tiger Stadium turf has come to represent a very special season at the university.

So, when the school ripped out the grass from the beloved stadium and offered it free to Tiger fans, there were a number of people who had special uses planned for the turf.

Some fans simply took their piece of the turf home to plant it in their yards.

Another joked about making a “Les Miles Salad”.  You might remember that former head football coach Les Miles was spotted chewing on blades of grass inside Tiger Stadium.  He often joked (we think) about the tasty nature of the LSU turf, and he even made a humorous commercial about it for a national beer company.

One female fan took her piece of Tiger Stadium turf to the cemetery grave site of her late father.  She said that her Dad (who passed away at age 55 in 2015) was a life-long LSU athletics fan.

According to a report, “He was everything LSU.  He would be so excited to be buried under the turf where LSU went 12-0 for a perfect season”.

Yes, I can just picture the look of sheer joy on the face of dear ol’ Dad right about now!

Hmm…I’m now wondering if anyone else in the Baton Rouge area had my idea after the other day.

What if an enterprising local dairy absconded with a large amount of that beloved LSU sod, replanted it, and then utilized it for a portion of the daily feed for their cows.  Given the rabid nature of the Tigers fan base, I could imagine that this particular dairy would score plenty of fans with their newest product.