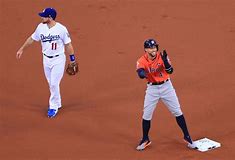 For over six months, Major League Baseball fans have suffered through another extremely long (and generally boring) regular season campaign.  Many of us have snoozed through those 162 games (plus a wild-card game) played from April through September just to get us to the final eight teams.

It’s October (finally)!  That means it is time to start paying attention to baseball as the post-season has arrived (better late than never) for the eight survivors.   Let’s meet the contestants and preview the upcoming playoffs!

American League: (All games televised on FoxSports1 or MLB Network)

Tampa Bay – The Rays are your team if you love underdogs.  Tampa Bay’s 2019 team payroll was the lowest (by far) in the major leagues with only $54 million in salaries.  By contract, the most expensive team in MLB was the Chicago Cubs (who didn’t make the playoffs, ha ha) with $211 million.  Plus, the Rays play in a quirky 30-year old domed stadium called Tropicana Field (which has been reconfigured so many times that it now seats only 25,000 fans).

Key stats:  Tampa Bay’s pitching is tough with a 3.65 earned run average – 2nd toughest in the league.  The team doesn’t have a single player batting over .300 for the regular season, but finds a way to win without big-name (and highly paid) stars.

Houston – The Astros are your team if you like seeing the top batting team in the playoffs as the ‘Stros bat for a .274 team average.  The team has seven (yes, seven) players who had twenty or more home runs this season!

Key stats:  The Astros feature several future Hall-of-Famers on the roster.  What’s not to like about MVP second baseman, Jose Altuve?  The 5’5” smiling assassin bats nearly .300 and somehow bashed 31 home runs (and who said that the baseball itself isn’t juiced?).  Add star pitchers Justin Verlander (21-6), Gerrit Cole (20-5) and late-season acquisition, Zack Greinke (8-1), and this team now sports a proverbial “Murderer’s Row” of pitchers.  The Astros are loaded and going for their second World Series ring in the past three seasons.

Prediction:  Houston in 6 games in the “Orange Juice Stadiums” series (Houston plays in Minute Maid Park, while the Rays play in Tropicana Field.)

Minnesota – This is the turnaround team of the season.  The team hired the youngest manager in the league, Rocco Baldelli, who just turned 38.  The former Rays’ player transformed a team which went 78-84 last year up to 101-61 in 2019 (+23).   The team features a confident attitude and led the AL-Central Division from start to finish this season.

Key stats:  If you like home runs, then you’ll love Minnesota!  The Twins are built on “bombing”.  In addition to having the second best batting average in baseball, Minnesota blasted a MLB record 307 home runs in 162 regular season games.  Nelson Cruz led the team with a .311 batting average and 41 home runs.  The Twins pitching is tough, too, with an ERA of 4.18 (8th best in the league).

New York Yankees – The term “Bronx Bombers” has never been more appropriate to describe this year’s Yankees.  The team led the league in runs scored and finished a close second behind the Twins with 306 home runs for the season.  They have led the AL-East for most of the season and never looked back.

Key stats:  Second baseman D.J. LeMahieu (pause) batted .327 to lead the Yankees this season.  He is one of an unheard-of 14 different players who hit 10 or more home runs this year for the Bronx Bombers.  On the pitching side, the Yankees starters give up about 4 runs  n m,.per outing.  However, with this team’s potent offense, it’s easy to see how the team won 103 games this year.

Washington – After rallying in the 8th inning of their wild-card win over Milwaukee this week, the Nationals have some momentum.  The Nats can score runs (6th in the league), but their pitchers also give up a lot of runs, too (14th in the league).

Key stats:  The Nationals feature three batters in their infield who are all hitting over .300 for the season (first baseman Howie Kendrick – .344, second baseman Asdrubal Cabrera  at .323 and third baseman Anthony Rendon at .319).   Pitchers Steven Strasberg (18-6) and Max Scherzer (11-7) anchor the starting pitchers.

Los Angeles – This team is the “Big Bad Wolf” of Major League Baseball.  The Dodgers have made it into the World Series for two consecutive years.  Alas, the Dodgers huffed and puffed but couldn’t blow down the Houston Astros (2017) or the Boston Red Sox (2018).  Will the Dodgers get a third consecutive chance for a World Series ring in 2019?

Key stats:  The Dodgers are the prohibitive favorite to return to the World Series.  They won 106 games in the regular season and have the #1 pitching team in the National League.  Starters Clayton Kershaw (16-5), Walter Buehler (14-4) and Hyun-Jin Ryu (14-5) give the Dodgers a formidable pitching line-up for opposing teams to battle.

St. Louis – The Cardinals are returning to the playoffs for the first time in four seasons.  Welcome back!  The Cards didn’t wow anyone with their offense this season as they finished 23rd out of 30 teams in batting average and 24th in home runs.  The pitching has kept enough games close, and St. Louis finds a way to win.

Atlanta – The Braves don’t “Wow” you with overwhelming individual stats, but Atlanta is Top 10 in pitching, batting average, runs scored, and home runs.  Like the Tampa Bay Rays, the line-up doesn’t feature a list of household names, either.

Key stats:   This is a solid team which features five batters hitting .280 or higher.   Ever heard of Freddie Freeman?  Me, either.  The Braves first baseman leads the team with 38 home runs and 121 runs batted in.  Pitcher Max Fried led the way with a team leading 17-6 record including 173 strikeouts, and lefty Mike Soroka (13-4) had a stellar regular season as well.