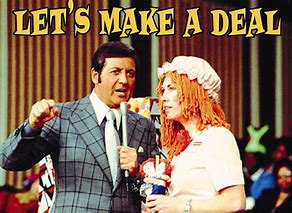 Now that the NFL season has concluded, it’s time for the NBA to grab the spotlight this week with many teams scrambling to make mid-season player trades prior to this Thursday’s (February 7) 2PM CST deadline.

Some perpetual non-playoff teams will likely be involved in transactions which will make you ask “Why would they do that”?  In many cases, it is probably an act of desperation by a deal junkie General Manager who believes that the new player(s) will give hope for a playoff run.

When you read about deals like this, a collective yawn is in order this week.  In all likelihood, most of the teams making deals this week are simply dumpster diving.

In the case of the Dallas Mavericks, though, last week’s fishing expedition reeled in a potential game changer.

The Mavericks made a multi-player deal with the New York Knicks to obtain 7’3” sharpshooter Kristaps Porzingis.

For the Mavs, the newly acquired player gives the city some title hopes down the line as they now have two All-Star talents (along with Dallas rookie, Luka Doncic).

For the Knicks, the team now appears to be propelling itself toward the bottom of the standings in an effort to land the first pick in next season’s NBA draft.  If the Knicks should draft Duke’s Zion Williamson and, if, potentially, the team could lure an established NBA star to the Big Apple, then New York fans have been dealt some renewed hope.

In Dallas, the team now has a legitimate foundation to sell season tickets.

In New York, the team is saying “Trust me (again)”.  Caveat emptor.

Meanwhile, there is a big buzz in the air this week that another of the NBA’s top players might be dealt to another team by the end of this week.

Anthony Davis of the New Orleans Pelicans advised the team recently that he wants out and will not sign another contract extension to stay in the Crescent City.  The 6’ 11” Davis, who averages 29 points per game and 10 rebounds for the Pelicans, believes that the city’s basketball franchise will never be able to bring a title to the Big Easy.

Davis has let it be known that he would love to be dealt to the Los Angeles Lakers and play hoops with the aging LeBron James.

According to sources, Magic Johnson (General Manager of the Lakers) has offered up to five of the Lakers’ younger players and two #1 draft picks for Anthony Davis.

For the Lakers and the NBA, the league’s popularity will leap should the Lakers start contending for a title again.

What about New Orleans, you ask?  Why would New Orleans send its best player to another Western Conference competitor?

Think “big picture” along with me for a moment.

With the deflation of any hope of short-term basketball success in New Orleans, the Anthony Davis deal may cleverly serve to nudge the New Orleans franchise to move to another city in the next year or two (get ready, Seattle!) as the Pelicans fans turn against the local basketball team.

The current owner of the Pelicans is Gayle Benson, widow of Tom Benson.  The Benson family also owns the New Orleans Saints of the NFL.

By selling the Pelicans to Seattle, the Benson family could pocket up to $2 Billion for their NBA team while building a virtual moat to keep the city’s beloved Saints as the only professional sports franchise in Louisiana.

The Saints’ star quarterback Drew Brees will eventually retire, and Saints fans could be in store for a few rebuilding years.

If you were the Benson family, why not cash-out and sell New Orleans’ NBA team to a city willing to pay an inflated price, put the money in the bank, and avoid the costs of rebuilding two professional franchises in New Orleans instead of just one?

The NBA would regain the #14 television market in Seattle while “losing” New Orleans at #50.  The other 29 NBA owners wouldn’t veto that kind of deal, either.

With the NBA’s “Let’s Make a Deal” week underway, watch closely as some teams’ fans will win the NBA’s “Big Deal of the Day” while others will certainly get “Zonked” yet again!