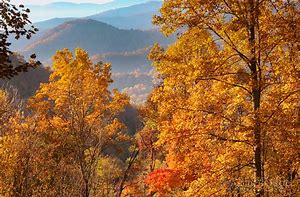 If you are like most of America in this first week of October, 2018, your internal stress meter may be running a little bit high.

The 24/7 media has whipped the United States into a frenzy about a Supreme Court judge nomination.  If you turn on the TV this week, I honestly believe some of the talking heads are about to explode over their extreme self-inflicted anxiety.

Is your NFL football team off to a rough start in September?  Or, perhaps, your favorite college football team has sunk to new lows, too (sorry, Nebraska).

Are you still a bit ticked-off about the U.S. Ryder Cup flop last weekend?  Yes, it was a huge disappointment, but the golfers who teed-up the ball have more right to be disappointed than the fans, right?

October is sending some cooler temperatures your way, and Major League Baseball is starting the playoffs beginning today to take your mind off of your other concerns.

OK, that 5-hour long, 13-inning wild card playoff game won by the Colorado Rockies over the Chicago Cubs was a bit tense.  But, now Cubs fans can enjoy watching the rest of the teams playing for the championship without having to worry about their beloved team losing in the worst possible way.

For the rest of us, watching each series in the baseball playoffs can be more of a slow death as we root for (or against) some of the teams.

Some parts of the country will care quite a bit whether the Evil New York Yankees will topple the Beloved Boston Red Sox in the first round.  Fans of the Bronx Bombers from the Big Apple would absolutely love nothing better than to destroy their hated long-time rivals, the Beantown BoSox.

Others like me will just watch the games and hope some series go the distance just to make fans on both sides sweat.

Though many of the eight remaining teams in baseball’s playoffs this season are familiar faces (including the defending champion Houston Astros), it is great to welcome some new teams with players we are not as familiar with into the postseason.

The Milwaukee Brewers are back into the National League playoffs for the first time since 2011.  They will square off with a perennial wild-card entry, the Colorado Rockies.  The Rockies have made five trips into the baseball playoffs (always as a wild-card team) since joining the major leagues in 1993.

With the Brewers’ home games in Miller Park and the Rockies’ playing in Coors Field, there will be no shortage of adult beverages to celebrate a victory or drown out a tough loss!

Welcome back to the playoffs, Atlanta Braves!  Once a fixture in the baseball post-season for nearly 15 years in the 1990’s until the mid-2000’s, the Braves return for the first time since 2013 as they face the Los Angeles Dodgers.  The Tomahawk Chop is back!

If you are looking for a team and city which yearns the most for a baseball world championship, look no further than the Cleveland Indians.  The Indians last won a World Series title in 1948.  That was 70 years ago.

Then again, the Milwaukee Brewers are into Year 50 in their quest for an initial baseball championship.

Would you believe it has been 30 years since the Dodgers won a World Series?  It has been 23 seasons since Atlanta hoisted the Commissioner’s Trophy.

The Houston Astros’ pitching is incredible again this season, and Houston comes into the post-season wearing the proverbial championship belt after earning their first World Series rings last season.  Be assured that the Astros and their loud and proud fans don’t plan to go down easy.

As professional wrestler, Ric Flair, is famous for saying, “To be the man, you gotta beat the man!  Woooooo!”

You see?  In just a few minutes, you have now forgotten about all that other stuff you were stressed about!