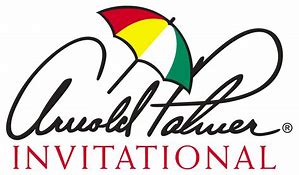 Golf legend and one of my heroes, Arnold Palmer, passed away in late 2016.  Palmer was known for his incredible ability to rally during the final round to win many of his 62 career PGA tournaments (fifth best all-time).  The memory of Arnie walloping a drive off the tee, his classically-unorthodox corkscrew finish, and then watching him purposefully stride down the fairway (all while hitching up his pants as he walked) in search of another final round birdie is what many golf fans remember when thinking about the sport’s charismatic “King”.

Sunday’s final round of The Arnold Palmer Invitational at Bay Hill in Orlando, Florida was filled with final round rallies from some of golf’s current stars.  A few rallied and faltered (like Arnie sometimes did) until one of the competitors channeled his inner Arnold Palmer to close his round with a slam dunk birdie on the final hole to win for the first time in 18 months.

No, his name wasn’t Tiger Woods.

Rory McIlroy blitzed Bay Hill with a scorching eight under par 64 to grab the win on Sunday.

Rory had a few Palmer-like challengers, though, as this horse race had several leaders jockeying for position coming down the home stretch.

Tiger Woods?  Yes, Tiger (an eight-time winner of this event) gave his best imitation of a vintage Arnold Palmer charge as he reeled off a series of back nine birdies get within one shot of the lead with just three holes to play.  Alas, his alter ego (aka Tiger-in-the-Woods) emerged again on the 16th hole as Woods inexplicably abandoned his conservative 2-iron/3-wood tee shots in favor reaching for his unreliable driver.  Cries of “Fore Left!” came from the tee box as Tiger’s ball hooked out-of-bounds.  The bogey cost Woods a chance to win the tournament, but he has now finished in the top 10 for two consecutive weeks on the PGA tour.

The most surprising Arnie imitator on Sunday came from the young man with the quirky golf clubs and quirky swing who is a quickly becoming one of the tour’s newest stars.  Bryson DeChambeau, whose irons are all of the same length and who putts with a very uncomfortable looking (but effective) straight-armed style, found himself in the heavy rough after his tee shot on the par-5 16th hole.

During Sunday’s coverage by NBC, Bryson gave a moving tribute to Arnold Palmer by describing and showing the personal letter which he received from The King himself after collecting his first PGA tour win in 2016.  A tearful DeChambeau said that the letter came just two weeks before Palmer’s passing and will forever serve as a reminder of just how generous and kind-spirited that Arnie-the-man was.

Knowing that Rory McIlroy was up ahead making birdies, DeChambeau somehow blasted an iron out of the rough, miraculously landed his ball on the green in two, and then eased the golf ball into the cup for an eagle to move just one shot out of the lead.  It was almost as if Arnold Palmer guided that ball into the hole.

Up ahead, though, it was Rory McIlroy who answered his challengers once again.  He flew his second shot onto the 18th green and then rolled in a long putt for his eighth birdie of the day to seal the victory.

After the round, Rory offered-up a toast to Arnold Palmer.

“To be able to win his event, I wish I walked up that hill and got a handshake from him, but I’m so happy to be winning that trophy.”

In the past few weeks, McIlroy and Phil Mickelson have both returned to the winner’s circle.  Meanwhile, Tiger Woods is officially lurking again, while young stars like Bryson DeChambeau are giving golf fans hope that this year’s Masters in three weeks might be something really special.

Somehow, I can picture 4-time Masters winner Arnold Palmer giving that comment a big thumbs up!