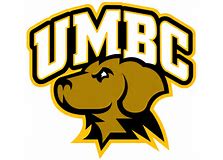 While the U of M Terps play in an 18,000 seat arena in the big budget big league called the BIG 10, the UMBC Retrievers’ basketball team plays in a 4,000 seat multi-purpose student recreation center building while toiling in the America East Conference.  That is the same conference which features teams like Albany, Hartford, and Stony Brook.  Oh, yeah – THAT conference!

But the UMBC Retrievers made a statement on Friday night which will forever link the school’s basketball program to one brightly shining moment in NCAA basketball history.

In the first upset of a #1 seeded team by a #16 seed in the NCAA men’s basketball tournament history, the UMBC Retrievers ran wild in the second half and dog-piled the University of Virginia by a lopsided score of 74-54.  After 135 straight wins by a #1 seed in the tournament’s first round over the #16 seed, UMBC’s stunning win was anything but a fluke.

The first half of the game was downright boring and set another NCAA record.  With the game tied at halftime at 21-21, the first half total of 42 points was the lowest number of points ever scored in an NCAA tournament game.

For the University of Virginia, the low scoring first half was perhaps slightly perplexing but was right up their wheelhouse.  UVa’s Cavaliers (the overall #1 seed in the tournament’s field of 64 teams) was also America’s #1 stingiest defensive squad by allowing a measly 53.4 points per game this season.

You can just hear the halftime talks in each locker room.

For Virginia, coach Tony “I lost my heart in Charlotte, North Carolina” Bennett likely told his troops in the locker room that the pace of the game was in their favor.  In the second half, just keep playing tough defense, hit a few more shots along the way, and let’s move on to round 2.

At halftime in the UMBC locker room, Coach Ryan Odom had a different speech ready.  After slow-dancing with UVa in the first half, the Retrievers’ opponent would have no reason to believe that their dance partner in the second half would morph into basketball’s equivalent of James Brown!

It was classic Rocky II as Balboa challenged the champ, Apollo Creed.  Just when you thought Rocky couldn’t absorb another punch, his trainer, ol’ Mick, finally gave the challenger the OK to unleash his famous left hand in the final frame to salvage the match.

As the second half tipped-off, the UMBC Retrievers immediately blitzed Virginia.  This pack of dogs came out running, gunning, and dropping three point shots in a wild flurry.  While Virginia kept trying to dictate the slow waltz pace of the first half, the Retrievers never took their paws off the accelerator and dropped an incredible 53 second half points on the Cavs en route to this historic 20-point victory.

Just like Apollo Creed in the 15th round of Rocky II, Virginia, which had not yielded 53 points in a half since 2013, never saw it coming.  Down he goes!

It was terrific fun watching UMBC’s well-deserved victory.  Though these Retrievers lifted their leg on millions of NCAA March Madness brackets (mine included) by knocking out the overall #1 seed, there was no doubt that UMBC earned every minute of their post-game celebration in Charlotte Friday night.

The UMBC Athletics Department website features a picture of the school’s canine mascot named “GRIT”.  This school claims that GRIT is also an acronym for “Growth, Respect, Integrity, and Teamwork”.