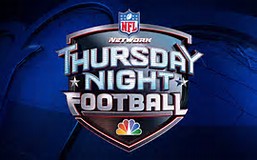 After Thursday night’s 20-17 loss to the Atlanta Falcons, the Super Bowl champion quarterback of the New Orleans Saints has joined the growing list of NFL stars who want to see the end of Thursday night NFL football.  Why?  The number of injuries which his team suffered on less than four days of rest since their game played against Carolina late on Sunday afternoon.

But wait, there’s more!  Wide receiver Michael Thomas, running back Mark Ingram and wide receiver Ted Ginn, Jr. all left at times during the game due to injuries suffered on Thursday night in a hard-fought 20-17 loss in Atlanta.

Many of the Saints were furious afterwards, including head coach, Sean Payton.  Coach Payton asked the media in the press room a question that seems quite obvious to everyone except the NFL ownership.

“Seriously, speak up?” Sean Payton said. “What do you guys think, why do you think there were so many injuries tonight?”

Super Bowl champion quarterback, Drew Brees, chimed in with his opinion on playing on Thursday nights.  It’s hard to disagree with him, too.

“It’s 100 percent a product of playing on Thursday night,” Brees said of the injuries. “Do you understand what guys’ bodies go through in a game? And then to have to turn around four days later and to play? Look at the injury studies: They’re off the charts. They’re off the charts. So is this smart as it pertains to guys’ health and safety? No, absolutely not.”

He added, “No player likes putting himself at risk on four days rest to come and put their bodies through what they put them through.  You hope it’s addressed, you hope it’s talked about, and you hope that something is done about it.”

You said it, Drew! Brees has also served as part of the NFL Players Union executive board, so his voice will definitely be heard when this issue is finally addressed after the season ends.

Regardless of the short-term profits which may be garnered by playing football on Thursday nights, the long-term benefits to the players and, for the owners, decreasing the amount of the NFL’s current overexposure would just seem like a smart thing to do.