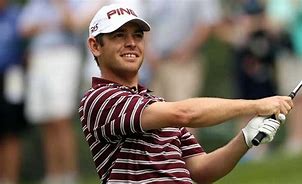 ***Note to my fans!  This post should have been online three weeks ago.  Due to some lingering production issues , I have just now been able to post this on August 1.  My apologies!  Be on the lookout for a new name for this site.  Coming soon: Swampswamisports.com!

If professional golfer Louis Oosthuizen had chosen to become a professional race car driver, he would be the guy who grabs the lead in the first lap and holds onto it until a few laps before the finish line.  No matter how hard he tries and how well he performs, he just can’t seem to be in first place once that checkered flag is waved.

It’s not that finishing in the top group doesn’t pay well enough to make for a very comfortable life, though.

This weekend, golf’s final major of 2021 was played at Royal St. George in Sandwich, England.  While those of us watching on television were treated to spectacular views of the white cliffs of Dover across the bay from the golf course, The Open Championship (aka The British Open to most of us) was played under bright sunny skies with temperatures in the 70’s each day.

That’s not exactly the kind of weather most of us expected to see at The Open.  Though this golf course (built in 1887) has more bumps in the fairways than my teenaged face, the lack of wind, rain, and chilly weather this weekend gave a huge advantage to today’s professional golfers using their high-tech golf clubs and aerodynamically super-charged golf balls.

The 2021 Open was grabbed by the latest young American golf sensation named Collin Morikawa.  This rising star finished with an incredible 15-under par for the tournament and did not card a single bogey during Sunday’s final round of 66.  It was a record-setting performance for the 24-year old Morikawa as he has now claimed two major championships (the 2020 PGA and the 2021 Open) in his first appearance in those events.

Finishing second on Sunday was another young American golf star named Jordan Spieth.  It’s hard to believe that Spieth is still just 27 years old as he has been on the pro golf scene since 2012 at the age of 19.  Spieth quickly won three of golf’s major championships but has struggled the past few years to regain his form.  By finishing at -13 and runner-up to Morikawa at The 2021 Open, it appears that Jordan Spieth has turned the corner and is set to resume his upward trajectory in professional golf.

That brings us to Louis Oosthuizen.

The 38-year old South African (whose real name is Lodewicus Theodorus Oosthuizen) won the 2009 Open Championship played at the legendary St. Andrews Golf Links.  Twelve years later, Louis Oosthuizen again led the tournament at the end of the first, second, and third rounds.  He started the final round at 12 under par with a one-shot advantage over Collin Morikawa.

Unfortunately, Louis failed to capitalize on the benign conditions at Royal St. George and was one of just two players in the top 15 who shot over-par during the final round.  He would finish in a tie for third place at -11 along with Spain’s Jon Rahm.

Just a month ago at the US Open played at Torry Pines near San Diego, Louis Oosthuizen was tied for the lead with Russell Henley after Round 1 and Round 3.  Alas, he would shoot a 71 on Sunday to finish just one shot back of the eventual champion, Jon Rahm.

In May’s PGA Championship held at Kiawa Island, South Carolina, guess who finished in a tie for second place?

Louis Oosthuizen is fast out of the gate, but he seems to run out of energy at some point coming down the home stretch.  In the last three majors of 2021, he has finished 2nd (PGA), 2nd (US Open) and third place (British Open).

If golf was a horse race, Louis Oosthuizen was the ultimate golfer to bet to “show” (top three).

Oosthuizen is both incredibly talented and immensely likeable.  Nicknamed “Shrek” for a small gap between his front teeth, Louis has a golf swing which even most professional golfers envy.  His rhythmic swing reminds fans of his fellow South African golf star, Ernie Els.  Oosthuizen’s textbook smooth swing and easy-going demeanor catapulted his fame among golf fans for more than a decade.

He is also one of just eight past and present professional golfers who have earned a career runner-up Grand Slam by finishing second in The Masters, PGA Championship, US Open, and British Open.

For the record, Louis also finished in 2nd place in the 2017 Players’ Championship, too!

Louis Oosthuizen has nine career wins on the European Tour in addition to his 2009 Open Championship victory.  Despite his worldwide success, Oosthuizen has still never won a single professional golf tournament on U.S. soil.

For all of the money he has earned playing professional golf (nearly $27 million and counting), Louis is now the top ranked golfer on the all-time career money list (#58 and moving up) without a single PGA Tour victory.

Despite a relatively limited number of first place finishes to complete his trophy case, Louis Oosthuizen seems to be quite content off the golf course with his family and pursuing other interests.  Even at his relatively young age, he is already making plans in readiness for his retirement from professional golf soon.

This year, Louis Oosthuizen and his wife purchased an 86-acre ranch near Ocala, Florida.  He said his family expects to move into their new farmhouse next spring.  The Ocala area (north of Orlando) is known for its horse farms.

During a recent interview, he said, “I’m a farm boy at heart, me and the missus, and we can’t wait.  Honestly, I thought this time in my career I’d probably be more wanting to farm,” he said. “But I sort of got that second push in the game. I really feel like I can still win a major. It’s keeping me up there and focused to work a little more. I’m getting closer. When it’s time and I feel I can’t compete, I’ll hang it up and enjoy life.”

Oosthuizen grew up on a farm in South Africa and still has a 150-acre ranch there.  He has been growing hay for his brother, who uses it on his dairy farm located on 1,500 acres nearby.

With time running out on his professional golfing career, Louis Oosthuizen has been making a lot of hay (paychecks) in 2021 to help ready his new farmhouse in central Florida.

Even if Louis isn’t able to win many more golf tournaments, the big prize money he has been earning by simply crossing the finish line in the top groups seems to be keeping him quite happy!