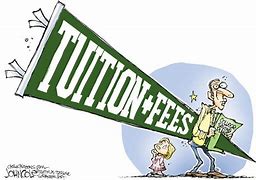 In our last visit, we explored the significant revenue shortfalls expected by some of America’s largest athletics programs in the Southeastern Conference.

With large football stadiums going 80% empty this fall due to precautions necessitated by this ongoing pandemic, 60,000 or more empty seats in many SEC football stadiums means incredible financial losses compared to a normal season.  With lost revenues from ticket sales, fewer parking and tailgating spots sold, less concessions and team merchandise peddled at the stadiums each week this fall plus the devastating financial impact on local businesses (hotels, restaurants, etc.), the lost revenue on football weekends in cities around the nation in 2020 has been breathtaking.

Fortunately, the 130 schools (which comprise the major sports conferences participating in football’s Bowl Championship Series) have been able to offset some of the financial losses by relying on lucrative network television contracts along with revenues from regional radio networks, student fees, and an assortment of other revenue sources.

How are the smaller conference schools and those playing in the Football Championship Series (formerly known as Division 1-A) along with D-II and D-III colleges financially coping with this season’s pandemic issues?

Unlike the big schools playing games in large stadiums with high ticket prices and supported by lucrative television deals, the remainder of most college football teams hit the gridiron in smaller stadiums, charge lower ticket prices, and are fortunate if a few commercial radio stations are willing to pay small fees to broadcast the games.

Athletic departments at the smaller conference colleges primarily rely on funding from the school itself and from separate athletics fees being charged to all students at the school.

The Knight Commission on Intercollegiate Athletics shows that private donors comprise nearly 25% of the revenue for athletics at the biggest universities (the so-called “Power 5” conferences).  The smaller schools currently average about 10% of funding from its athletic donors.

How do the smaller colleges find enough revenue to compete in intercollegiate athletics?  Institutional support from the college itself comprises 39% for smaller conferences, but it is a minuscule 1% for the Power 5 schools.  Student fees for smaller schools amounts to 25% of revenues vs. just 1% for the larger colleges.

That means that 64% of the money needed to run athletics programs of the smaller conference schools is dependent upon the financial health of the college itself and the willingness of students to pay for it.

The athletics budgets of larger conference schools are quite dependent upon playing the games with as many fans in the stands as possible.   Without the revenue from television (30%) and ticket sales (23%), it is easier to understand why the Big Ten, Pac 12, and all other football conferences eventually joined the SEC and opted to play football this fall after weighing pandemic-related concerns.

For the smaller conferences and schools, the loss of ticket revenue (only 5% of revenue) from cancelled games (or restricted attendance) is less significant, but the overall financial health of the university itself becomes the most important determinant regarding the future of intercollegiate athletics.

Billions of dollars have been injected into university coffers around the nation this spring as a result of the initial CARES Act of 2020.   Though the receipt of tax-payer funded funds has helped to alleviate short-term college funding shortfalls, many public and private universities were already dealing with budget issues prior to the pandemic.

If enrollment dips at a public university due to pandemic concerns or other reasons, the school will be faced with reducing its costs and/or asking their state to temporarily increase support.  With less money available overall, intercollegiate sports for men and women (especially non-revenue sports) are on the cutting block, too.

By September, a report indicated that 230 college sports programs have already been cut since this spring. Sports such as swimming, tennis, golf, gymnastics, and many others have been trimmed by a significant number of colleges at all levels (large and small).  Thus far, college football has been a casualty at just two Division II schools (Florida Tech and Urbana-OH) and two D-III programs (MacMurray and Occidental).

The longer the pandemic lingers, the trend of fewer students willing to pay the costs for a traditional university education (without in-person instruction) will become a bigger factor in decisions regarding athletics programs at smaller universities.  If a college athletics program was already on the financial ropes prior to this pandemic, the next year may bring even more carnage.

In the end, these issues are about money.  For the schools whose athletics programs require a significant amount of university funding and student fees for support, some collegiate sports programs are, quite literally, hanging by a thread right now.