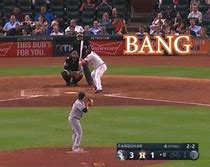 It hasn’t been the greatest sports week in Houston.

The Texans blew a 24-point first quarter lead in their NFL playoff game at Kansas City and were ousted 51-31 on Sunday.

On Monday, the Houston Cougars’ star quarterback, D’Eriq King, said “Adios” to the school and is planning to transfer away from the team after promising he would stay in 2020.

But the biggest bombshell in Houston sports also arrived on Monday.

The 2017 World Series Champion Houston Astros were taken to the proverbial woodshed by Major League Baseball as punishment for their incredibly juvenile and foolish attempts to steal signals from opposing teams during home games.

Baseball commissioner Rob Manfred issued a nine-page letter which succinctly details what the Astros players (and others) were doing in order to tip the batter about the next pitch coming from the opposing pitcher.

You don’t have to read the entire letter.  I’ll summarize it for you by providing a little “play-by-play” from audio of the bottom of the 8th inning in Houston’s home game against the Chicago White Sox from September 22, 2017.  The Astros are trailing 3-1 at this point in the game.

Chicago White Sox pitcher, Danny Farquhar, looks to the catcher for the sign.

Before the pitch, you hear an audible “BOOM” coming from somewhere inside the stadium.

The pitch is a curve ball out of the strike zone for Ball 1.

The pitcher gets his sign from the catcher and readies to deliver his second pitch.

This time, no sounds are heard.

The pitch is a fastball at which Gattis swings and foul tips for Strike #1.

The pitcher gets his sign from the catcher and is ready to deliver the third pitch.

This time, a very noticeable “BOOM BOOM” can be heard just before the pitch is delivered.

The batter watches the ball delivered low and away for Ball #2.  The count is 2-1.

The catcher sends the sign to the pitcher and his fourth pitch is ready to deliver.

No sounds this time.

The pitch is a fast ball which is fouled out of play.  The count is now 2-2.

The catcher gives the pitcher a sign for the next pitch.  The pitcher acknowledges.

“BOOM BOOM” can be heard right before the pitch is delivered low and away but fouled by Gattis as the count remains at 2-2.

The sixth pitch is next.  Catcher flashes the sign.  Pitcher readies.

Again, no sound is heard as another fastball is fouled off the keep the count at 2-2.

Now the fun starts.  As the catcher sends a signal calling the seventh pitch to the pitcher, a “BOOM BOOM” is heard again.

This time, the pitcher signals for a timeout and calls the catcher to the mound.  This particular pitcher, Danny Farquhar, apparently has discovered that someone is tipping the batter to the pitch sequence.

The catcher and pitcher change signs.  The Astros’ batter then strikes out on the next pitch.

Where was that “BOOM BOOM” sound coming from within Houston’s Minute Maid Park?

Believe it or not, this noise was actually coming from inside the Houston Astros dugout!  One of the Astros’ bench players would bang on a trash can with a baseball bat (I’m not joking) to send a signal to the batter (right before the ball was pitched) as to what the next pitch would be.

One “BOOM” = A curveball or off-speed pitch is coming

Once the Astros felt comfortable that they had matched the catchers’ signs with the upcoming pitches, the dugout drumming (or no drum beat for a fastball) would begin for the rest of the game!

The players for the Astros were all in on this ruse.  The Astros manager (A.J. Hinch) apparently told the team a few times during the season to knock it off.  However, he was sitting in the same dugout where the noises were coming from.  He certainly didn’t do anything significant to stop his team from doing it.

To the visiting team, it’s possible that they may have believed that some obnoxious local fan in the stands had a drum and was trying to distract the opposing pitchers.

I’m surprised that Astros’ opponents didn’t figure this out during the 2017 baseball season.  It was quite noticeable listening to the audio replays that the “BOOM BOOM” sounds were heard right before the visiting pitcher delivered the baseball to home plate.

It’s really hard to say how much (if any) of a positive impact it had on Houston’s batting in 2017 as the Astros’ road batting average was higher than at home in Houston.  However, the team won the World Series that year, so the Astros’ hitting was quite timely at home, too.

Earlier this week, Major League Baseball brought some proverbial “wood” of their own and suspended both the Astros’ General Manager, Jeff Luhnow, and team Manager, A.J. Hinch, for a full year.  Interestingly, Houston’s team owner, Jim Crane, was absolved of any responsibility.  The owner immediately fired both Luhnow and Hinch this week so that his franchise could try to move past this fiasco.

After the Astros won the 2017 World Series that year, the team’s bench coach and chief architect of this sad scandal, Alex Cora, took the Manager’s job in Boston to lead the Red Sox in 2018.  Ironically, Boston won the World Series under Cora’s direction the following season!

This week, the Red Sox announced that Alex Cora would no longer be coaching the team beginning this season for his part in this situation.

Today, we learned that Carlos Beltran, the new manager of the New York Mets who was also a player on the 2017 Houston Astros team) has parted company with the Mets.  Beltran was just hired in November and hasn’t coached a game for the team.

What about punishment for the Houston Astros’ baseball players?

In his letter, Major League Baseball’s President Rob Manfred said, “I will not assess discipline against individual Astros players. I made the decision in September 2017 that I would hold a Club’s General Manager and Field Manager accountable for misconduct of this kind, and I will not depart from that decision. Assessing discipline of players for this type of conduct is both difficult and impractical. It is difficult because virtually all of the Astros’ players had some involvement or knowledge of the scheme, and I am not in a position based on the investigative record to determine with any degree of certainty every player who should be held accountable, or their relative degree of culpability. It is impractical given the large number of players involved, and the fact that many of those players now play for other Clubs.”

To me, this is whole issue seems like something you might expect from a high school or, perhaps, a small college baseball team.  It smacks of juvenile mischief, but it was a really bad prank (and obviously against the rules) that kept going, because the Houston Astros’ team leadership failed to play the grown-up in this matter and control the players.

Major League Baseball had to take out a big stick in this matter as a warning to the other clubs.  The value of each Major League Baseball franchise (which can be worth several billion dollars) could take a financial hit if the public loses faith after this cheating scandal.

The next big question in Houston is whether Major League Baseball will strip the city of its one and only baseball World Championship as further punishment.  That remains to be seen.

The moral of this story?