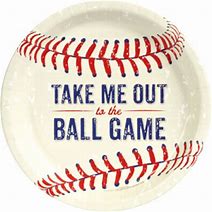 Major League Baseball attendance is off to a bad start in 2019.  Through the first month of the lengthy season (162 games – yawn), attendance for the thirty major league baseball teams is down a little more than 2%.

That doesn’t sound all that bad until you consider that there are only three teams showing a double digit increase.  Philadelphia (+46%), the Chicago White Sox (+12%), and the San Diego Padres (+10%) are all off to a terrific start at the gate.

On the positive side, Philly’s big attendance gain is in large part from fans’ interest in seeing newly acquired star, Bryce Harper.   It doesn’t hurt that the Phillies are also in first place in the NL East.

On the negative side, MLB owners should be concerned that two of the biggest attendance drops are with teams currently leading their divisions (Houston Astros and Minnesota Twins).  The Tampa Bay Rays are leading the AL East, but home attendance is down 9% at only 13,351 per game early this year.

For the thirty teams in Major League Baseball, the overall attendance is still about 26,200 per game (down nearly 550 per game from last year at this time).  Though a 2% drop in overall attendance isn’t an indicator of impending doom, the trend is not good for a sport which continues to struggle building fan interest.

Starting 2019, though, there are currently five MLP teams with home attendance lower than that mark.

“It’s a changing world out there,” Manfred said last week.  “Across sports, live [events] is something that generationally is a little different. We need to work really hard on making that live product, which is a different product than turning on the TV, as appealing as possible. I think clubs are investing and experimenting in different ways that over time will pay dividends in appealing to younger people.”

Generationally different?   I was born into the Baby Boom (i.e. “old guys”) generation and have found baseball games to be too lengthy for my entire life.

Here’s a quiz for you.  With the average major league baseball game taking over 3 hours in recent years, how long did baseball games last in 1920?

The correct answer is “C”.  Baseball has doubled in the amount of time needed to watch a nine inning game over the past century.

In addition to the time needed to watch the game (which has been slothful for a long time now), the bigger issue is the cost to take a family of four to one single game.

With average ticket prices of nearly $30 per game, it costs an average family upwards of $200 to take in the ball game, park your car, buy a few beverages, hot dogs, popcorn, and a program.

At $200 about per baseball game, attending a single major league outing is more expensive than that same family might spend for other entertainment options of greater family interest and value.

With 81 home games per season, MLB clubs depend on families living within their home markets to attend at least one home baseball game per season as well as snagging a large chunk of vacationing visitors during summer months.

With competition from theme parks, water parks, blockbuster movie events, and other options, the price of attending a major league baseball game is making it a tougher sell for families trying to maximize their discretionary spending.