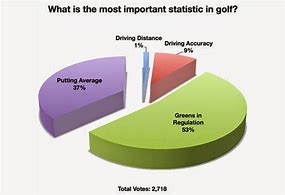 If you listen to the sports media, Tiger Woods’ victory in the 2019 Masters has paved the way for another year of Tiger Slam talk.  Yes, the sports media is already fawning over the possibility that the 43-year old Woods can and will win all four of golf’s major championships this year.

First, I tip my SwampSwami cap to Tiger Woods for prevailing in a terrific weekend of golf at the famed Augusta National Golf Club.  While nearly every one of his challengers fell by the wayside on Sunday, Tiger Woods morphed into “Steady Eddie” as he avoided any significant mistakes down the stretch.

With the win, Tiger Woods secured his first major championship since 2008 (and all the previous years filled with numerous personal issues and significant injuries).  This marks his 15th major championship and leaves him just three behind Jack Nicklaus’ record of 18.

In a telephone interview with Golf Channel a few minutes after Tiger’s win on Sunday, the Golden Bear made his congratulatory comments on Woods’ victory and then mused about the next two major championships to be played this year.

Jack noted that the next two majors are at Bethpage (New York) and at Pebble Beach (California) are being played where Tiger has already won a major championship during his career.

With his tongue firmly planted in cheek, Jack said, “He’s got me shaking in my boots, guys!”

Tiger Woods played great golf all week at The Masters.  The biggest surprise to me is that he was able to make good decisions and keep his shots in play from the tee box.  In the past, he has been less than accurate off the tee for much of his career.

Some have referred to him as “Tiger-in-the-Woods” earlier in his career.

His prodigious length off the tee (whether in play or not) generally allowed Tiger Woods to have shorter shots into the greens than most other golfers.

At age 43, he’s still plenty long off the tee, but some of the younger players can hit it longer off than Tiger does now.

So, how did Tiger Woods win The Masters this weekend?

Tiger Woods played smarter than most of his competitors on Sunday.  He didn’t make any big mistakes while nearly every other player will reflect on one or two holes that cost them a chance to put on The Masters’ famed Green Jacket.

Ti-GIR (Greens in Regulation) Woods has really grown and matured as a golfer.

Congratulations, Tiger!  It was even better to see you show such joy, emotion, and happiness on the 18th green after winning on Sunday afternoon.