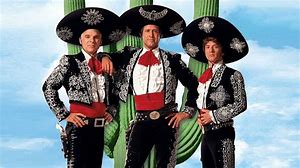 Basketball’s Anthony Davis of the New Orleans Pelicans told the team (and the rest of America) this week that he would not be signing a contract extension with the team this summer and wants to play somewhere else.

Though the timing of Davis’ announcement was like another gut-punch to the city of New Orleans after the Saints’ controversial home loss to the Rams, Davis is not a “bad guy” simply trying to make more money in a bidding war.

By staying put in New Orleans, the NBA rules allow the Pelicans the chance to pay him significantly more money than another NBA team can.

Anthony Davis simply believes that the New Orleans Pelicans will never compete for an NBA title.   Though Davis is only 25 years old (after a “one-and-done” year at the NBA’s unofficial development league franchise otherwise known as the University of Kentucky), he has been a consistent high level performer for New Orleans.

In six seasons, Davis has been selected to the first team All NBA squad three times and has played in five NBA All-Star games.  Averaging 23 points and over ten rebounds per game over his brief NBA career, he is considered the best big man in the league.

The New Orleans Pelicans have made the NBA playoffs twice during Anthony Davis’ six years.  Both times, the team failed to make the conference finals.

Davis believes that New Orleans won’t be able to build a championship team around him.

He wants out, and, to me, the fix appears to be in.

LeBron’s history is that he realizes that it takes more than one “star” to win an NBA championship.  That’s why he initially left Cleveland for Miami to team-up with Chris Bosh and Dwayne Wade.

After garnering two NBA championships in four seasons at Miami (2012 and 2013), LeBron James returned to Cleveland.  While there, he teamed with Kevin Love and Kyrie Irving to win another ring in Cleveland in 2016.

James left Cleveland and signed with the Los Angeles Lakers beginning this season.  Though the young Lakers have certainly improved by having the 35-year old veteran on the squad, LeBron’s time is running short to win yet another NBA championship in La-La-Land.

Last year, Davis fired his previous agent and hired the same agent as (you guessed it) LeBron James.

Last summer, Davis purchased a $7.5 million home in (you guessed it) Los Angeles!

Who do you think has the upper hand in signing Anthony Davis now?

But, doesn’t LeBron need a third “star” to complete his previous formula for success?

As stated by this writer in a previous post, Kyrie Irving hasn’t (yet) produced the championship level results that Celtics fans had hoped for after he bailed out of Cleveland two years ago.

However, Irving has apparently caught the acting “bug” while filming his “Uncle Drew” movie last season in (you guessed it!) Hollywood.

Would you also believe that Kyrie Irving announced yesterday that he will be both the producer and star of another movie soon?

And isn’t it convenient that Irving’s contract in Boston ends this summer?

Gee, I wonder where Kyrie Irving would prefer to make his permanent home soon?

LeBron James (at least according to the organizational charts) theoretically works for the Lakers’ General Manager, Magic Johnson.

Don’t be surprised if you see deals made to ship out nearly every one of the Lakers’ youth brigade (along with future draft picks) as the team goes “all in” to sign Anthony Davis and Kyrie Irving this summer.

Earlier this month, Kawhi Leonard plunked down over $13 million for a home in southern California.  He was born and raised in the Los Angeles area and played college hoops at San Diego State.

Word also has it that LeBron James doesn’t think that current Lakers’ coach Luke Walton is championship material, either.

Any bets on how long Luke Walton lasts with the Lakers?

The NBA’s new “Three Amigos” are coming your way soon.